Before anything else, let me emphasize that this article is not intended to encourage or promote any form of malicious idea – my purpose is to inform and remind everyone that every food that we ingest contains different substances that may affect our behavior and mood. 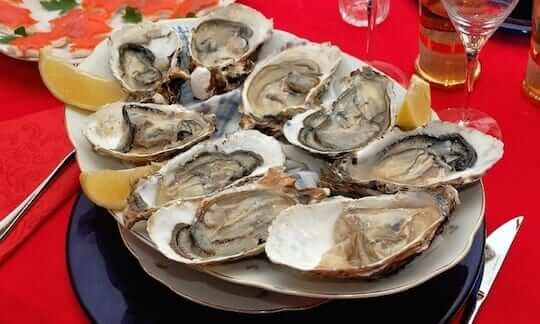 Have you experienced a sudden mood shift after eating a certain type of food? Do you like eating a particular food because it makes you feel good? If you answered yes to any of these questions – then you might have an idea of what I’m trying to say.

There are certain foods that make a person feel romantic. These foods can increase the blood flow in the genitals and increase ones estrogen or androgen level which induces an intense passionate feeling. You might not be aware; it might be your favorite food that’s causing all this.

The following belong to the top 7 Aphrodisiac foods.

Aside from Spanish fly – which is not considered as a common food, Oysters are the most known and regarded aphrodisiac. The reason behind this could be the high zinc and selenium content in oysters that are said to help produce sperm and increase blood flow.

Since time immemorial, almonds are considered to enhance fertility. The oil extracted from this drupe is known to be a nutritive aphrodisiac. It also rich in Vitamin E that provides a glowing effect on the skin.

If you are Filipino, this needs no explanation. Balut is popularly believed to be an aphrodisiac and considered as a source of high-protein. It is often regarded as an energy booster and is believed to strengthen the knees – literally speaking.

Eating dark chocolate enables the body to produce serotin, a substance that makes you feel good (this is also attributed to the feeling of being in love). It also contains theobromine which is considered as a stimulant.

Aside from treating stress and asthma, Basil is also known to set a woman’s mood for romance. The implausible aroma is said to have an intense stimulating effect on both partners.

The shape might give you an idea as to why this fruit is in our list. It is also known that this fruit is rich in potassium, magnesium and B vitamins – it also contains bromelain which enhances a man’s sexual desire. The sap of the red banana is also considered as an aphrodisiac in some parts of Central America.

Also known as “testicle tree” because the fruit resembles the testicles while still hanging in the tree; this fruit is rich in B vitamins, as well as vitamin E and vitamin K. It also has a high fiber and potassium content that is said to boost energy.

Do you have other foods to add in the list? Got any suggestion to neutralize the effect?