A lot of people are convinced by health benefits of organic food, but rarely do they know the facts behind them. Nevertheless, there’s a significant number of people actually backup up the movement for more organic food – that is, less chemicals and pesticides on the crops and fruits grown on farms – in order to promote good health while preserving the environment. 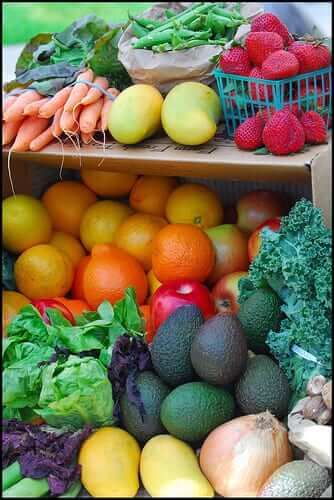 This is not to say that other types of food are unhealthy choices. Sometimes it’s all about preference. But there is some truth to the popular opinion about going organic and it’s always better when people are more familiar about them.

Organic food is generally safer. While there are so many who say that there’s little to no difference between organic food and their inorganic counterparts, it’s quite obvious that there’s lesser risks in exposing yourselves to the harm of artificial ingredients or potentially harmful chemicals like fertilizers and pesticides normally used on food that’s manufactures inorganically. Nutrition is a completely different concern from that of safety, and the two matters should be evaluated separately.

This also means that organic food is much safer for children and other people who might be more vulnerable to eating bad food. Toxins and carcinogens can be a huge threat to children, so it’s best to be cautious about what to feed them. There’s also the concern with genetically modified organisms or GMOs, which is a big issue in the agricultural industry. By sticking with organic food, you at least avoid the risk of being exposed to whatever harms GMOs might have been proven to possess.

Organic food is more nutritious. But even if we do try to compare nutritional values, studies based in the European Union have shown that organic fruits and vegetables are richer sources of antioxidants (needed for preventing heart disease and cancer) than their inorganic counterparts. They also tend to have more essential vitamins and minerals such as iron and zinc. Organic food has also been attributed to promoting better sleeping habits and helping with weight loss.

Here’s an example of the health benefit of organic food in action: people who eat organically produced eggs get them from farms that feed birds with organic supplements and are raised in much better environments. This has been shown to increase the vitamin A and omega-3 contents of these eggs.

Organic food taste better. They do simply because their flavors are not messed up with any unnatural procedure to process the food. This is why most restaurants offer organic fruits and vegetables, as opposed to the kind that are exposed to a lot of technological manipulation just to preserve them or their appearance. In the example of eggs above, organically grown eggs are also known to taste better because the way the birds are raised help preserve the flavor.