Soy milk is starting to appear in more recipes, usually listed next to almond milk. It is considered the vegan’s alternative because it is made from a plant. Some have made the transition from cow’s milk to soy permanently. Others believe it is dangerous to your health. The question remains: is soy milk healthy?

What is Soy Milk?

Soy milk is a product of the soy bean plant, the same one used to make tofu. To make milk, the plant is ground and boiled in water. Its constitution is roughly 1% oil or fat, 3% protein and water. The end result is plant-based milk. 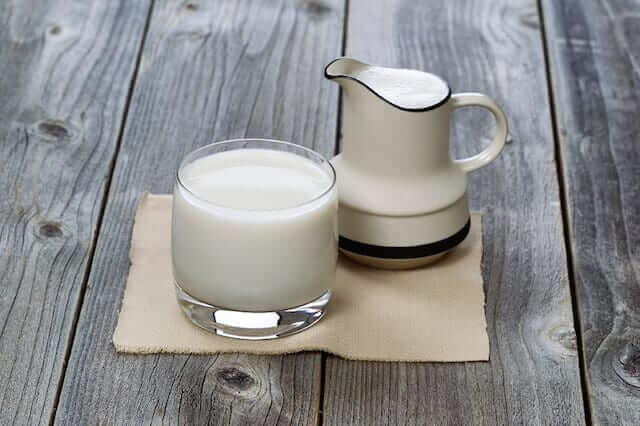 You can buy soy milk from the store. It is sometimes labeled “soya milk”. If you are health-conscious, you can learn how to make it at home. Home-made milk can be prepared with a machine designed for that purpose or with a blender.

Despite lingering controversy, soy milk is regarded as a healthier alternative. Not only is it suitable for a vegan diet, it has been shown to contain less fat and sugar than cow’s milk.

One argument for soy milk is that its fat content is healthier than that of cow’s milk. The former has about 1% of unsaturated fat, which increases good cholesterol while lowering the bad LDL type of cholesterol. In short, it is ideal for heart health. Cow’s milk, on the other hand, contains saturated fat which increases the risk of coronary heart disease.

Soy milk is 3% protein, which is more or less the same compared to cow’s milk. This might seem little but it is enough protein to improve muscular health, cartilage strength and bone mass. When it is broken down into amino acids, the protein can benefit every system in the body.

If you are familiar with phytoestrogens, they are compounds that act like the female hormone estrogen. Men have smaller amounts of estrogen too. Because women in menopause are short of this hormone, drinking soy milk can restore some balance. For men, phytoestrogens can counter high levels of testosterone to prevent prostate cancer.

Another reason why soy milk is healthier is that it has less sugar. It also contains fewer calories than other types of milk. This makes it the ideal choice for weight watchers. What’s more, soy milk contains fiber to curb hunger and provide slow-releasing energy.

How to Make Soy Milk at Home

Investing in a soy milk machine can make life easier. There are a few good brands on the market. If you would rather do it manually, you might be surprised at how easy it is.

Add the beans to a grinder and pour in a liter or quart of water. Blend thoroughly and strain the mixture using a cheese cloth. Collect the milk and transfer to a pot. Place over high heat and boil for 5-10 minutes. Allow the milk to cool and store it in the refrigerator. Use within 3 days.