Have you tried eating Kropek? How do you like it? 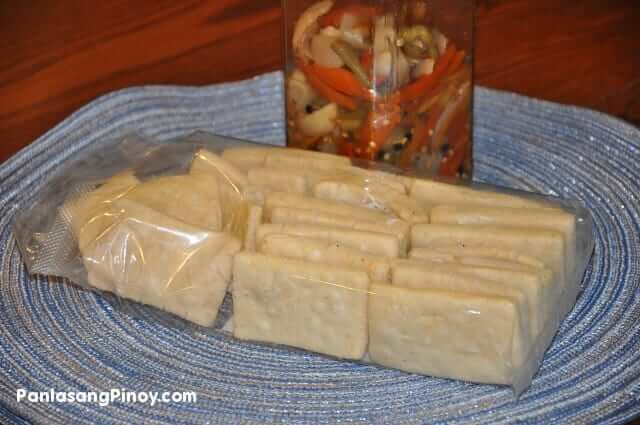 Kropek are fried prawn flavored crackers made from starch or tapioca flour, and other seasonings.This is considered as a street food in the Philippines. Kropeks are peddled by vendors in the middle of the road, usually during the rush hours when traffic is really terrible.

When I was in the Philippines, Kropek has been my best friend everytime I get stucked in traffic. There is a stretch south of coastal road which is a sort of a bottle neck. I literally park there for several minutes before the cars ahead of me starts to move. I usually buy a pack of kropek from the vendors so that I can have something to munch-on while waiting. Aside from kropek, these guys also sell bottled water and canned soda. What else can you ask for?

Kropek is made by combining prawn or shrimp flavoring with water, flour, seasonings, and spices. These ingredients are mixed and divided into equal parts. The mixture is dried under the sun or dehydrated to remove the liquid, and fried until it expands and becomes crispy. If you are familiar with raw Besuto Prawn crackers, that is pretty much how an uncooked kropek looks like.

Did you know that kropek is not only famous in the Philippines? Other countries such as Malaysia, Indonesia, Vietnam, China, and Australia have their own versions of kropek.

Even if they claim that prawn or shrimp flavorings are used to make Kropek, I think that the manufacturers are not adding enough amounts of flavorings at all. I know that you will all agree if I say that kropek has no taste. The dipping sauce gives flavor to kropek.

Why do I still like kropek even if it lacks flavor? Simple, it is all because of the crispy texture. I enjoy eating crispy, crunchy snacks. Having the right dipping sauce makes the big difference. I like dipping kropek in spiced vinegar to get the flavor that I want. Afterall, kropek is only as good as its dipping sauce.