Have you heard about a fish called Cream Dory? If you are thinking about the movie Nemo, this is not Dory the fish that I am referring. Please, she is too cute to be cooked. 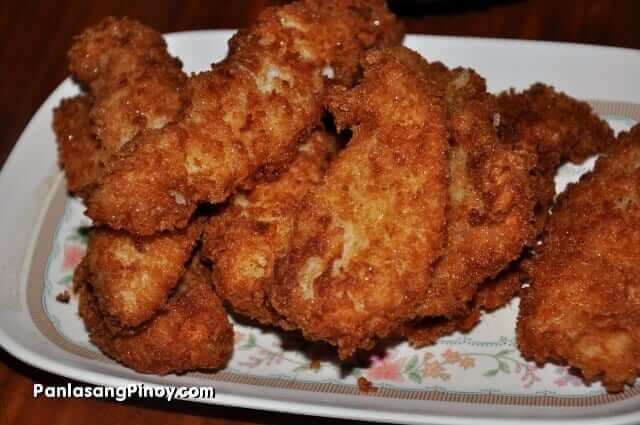 Cream Dory is another name for Pangasius, a white meat fresh water fish that are widely cultured in Asia. Pangasius is classified as a member of the Pangasiidae family. There are several varieties of Cream Dory, the most famous and probably the biggest is the Mekong Giant Catfish. This can be found in the Mekong river — the 7th longest river in Asia. This might be the reason why Cream Dory is associated with catfish.

The first Cream Dory that I tried is actually the fish in the picture. I don’t know much about this fish until my last visit to the Philippines. I think that this fish became popular overnight — it deserves the popularity though.

The dish was cooked by my mom. While we were shopping at Macro, she saw some frozen cream dory fillets,and decided to get some for me to try. I was hesitant to try this at first since I don’t know anything about the fish, but I can’t resist the aroma — so I tried it.

I was surprised because the taste was different from what I was expecting. It was better than I thought it was. It had a mild taste and soft texture. It is perfect to eat with steamed white rice or some chips, perhaps.

After doing some more research, I found out that Pangasius was in the top ten of the most consumed seafood in America. It is called some other name, that’s why I did not have a clue.

Oh, going back to the dish — Beer Battered Fish Fillet is truly wonderful. Having tartar sauce by the side will surely make your meal enjoyable. As for the simple me, Toyomansi (combination of Toyo and calamansi) is all I needed.

Have you tried having Cream Dory? What do you like most about it?