Bell peppers are mild flavored peppers with a crisp texture. This is also called sweet pepper – because of its sweet flavor – and capsicum. It is a rich source of Vitamins A and C. 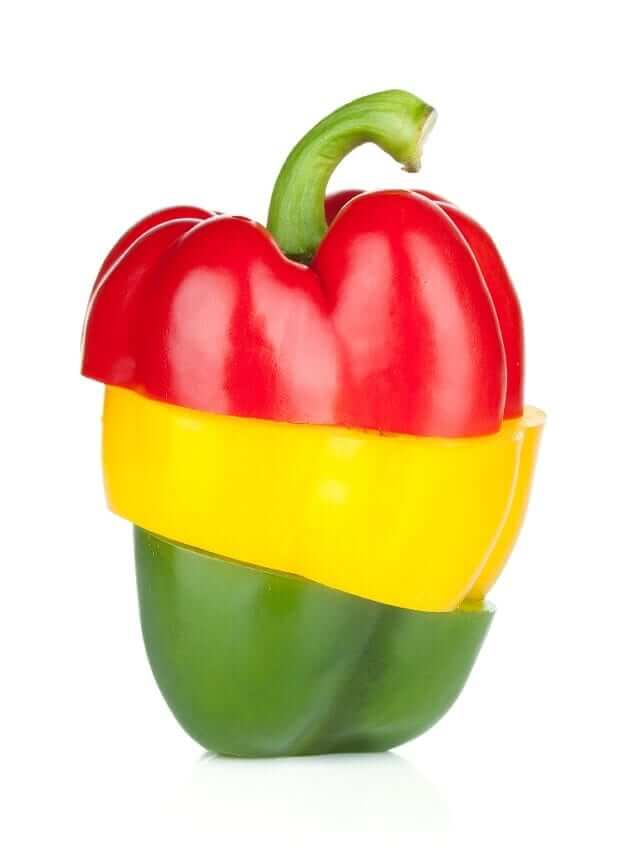 Did you know that paprika is made from bell pepper? You read it right. These are bell peppers in powdered form.

Aside from having a nice appearance, delicious taste, and a perfect crisp, bell peppers also have health and weight loss benefits. They contain essential vitamins and minerals that make you healthy and stay fit.

All bell peppers, regardless of color, carry pigments called carotenoids. This protects the peppers from the harmful effects of the sun until it ripens and is ready for harvest. The good thing about carotenoids is that it does not only protect the bell pepper; when eaten, it also protects us from cancer causing free radicals. This is made possible by its high antioxidant content. It improves our immune system to fight cancer and other diseases.

Vitamin C is also abundant in bell peppers, especially the red and yellow ones. A single piece of bell pepper is more than enough to supply you with your daily Vitamin C needs. This is more than the amount that you can get for an ordinary orange or mandarin. Furthermore, Vitamin C protects against any disease of the heart and some common types of cancer such as colon cancer.

Bell peppers are low in calories. It is estimated that a cup of bell pepper contains only 22 to 25 calories. This makes this wonder pepper friendly to people who want to lose weight. In addition, your weight loss goal is far from impossible when you add bell pepper to your diet. This is because bell pepper boosts the production of body heat – making you burn more calories than usual.

Did you know that bell pepper is rich in beta carotene? Red bell pepper, in particular, has the highest content among the varieties. This improves eye sight and protects against cataracts.

Are you a fan of bell pepper? What are your favorite bell pepper recipes? If you are looking for one, I recommend our Stuffed Peppers.