Morning sickness is one of the biggest signs you are in your first trimester of pregnancy. However, women who take certain contraceptives or those undergoing hormonal replacements therapy can experience the same symptoms as well. Although very common, it is not as inevitable as people might think and can be managed well with sneaking foods for morning sickness into your everyday diet. Morning sickness solutions are as unique as pregnancies themselves and while foods might reduce symptoms significantly for some, it might not be the case for others. 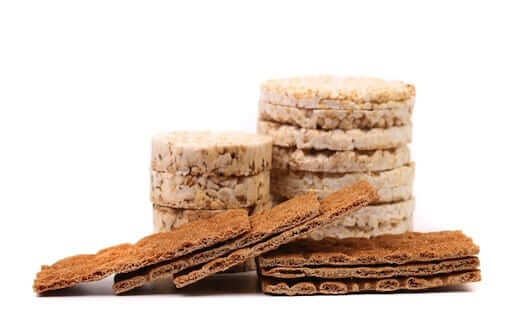 Research speculates that it might be caused by changes in the body brought on by pregnancy. During the first three months, pregnant women experience a rising level of a hormone called progesterone. This hormone is believed to cause stomach acid to reflux and result in vomiting and nausea. Some experts claim that hypoglycemia is the culprit while others argue that pregnant women develop sensitivity to different odors. Another school of thought believes that symptoms of morning sickness are nature’s way of eliminating contaminated substances from the body to protect both mother and baby.

What are the symptoms of morning sickness?

The most common are nausea and vomiting. Symptoms can also include changes in the color of urine, an accelerated heart rate, inability to ingest and digest liquids and feeling dizzy when standing up.

What are the best foods for morning sickness?

As mentioned earlier, different foods work for different women. However, the most recommended foods for morning sickness that help you manage symptoms include dry foods like crackers, bread, biscuits and cereals first thing in the morning. This is not necessarily because of their nutritional value. Most women find these foods to be easier to eat when they wake up to avoid an empty stomach and get a boost of energy for the day.

Ginger is also known to be an effective cure for nausea. You can cut small cubes to take with your tea or hot water when you wake up. Many find the scent of ginger pleasant and therapeutic as well. Make sure you consume it in small doses because too much can lead to digestive problems.

Fluids are very important during pregnancy and staying hydrated will ward off a lot of symptoms. Because many pregnant women tend to be resistant to fluids, it is advisable to drink small amounts throughout the day. Peppermint tea and tea with lemon can also offer relief. If you would like juice but can’t stomach a full glass, sucking on Popsicle should do the trick.

Since sensitivity to smells and tastes might develop, ideal foods for morning sickness include cold and bland-tasting foods. Fruits, veggies and plain soup might be able to prevent vomiting.

What are the worst foods for morning sickness?

Some experts advise pregnant women to avoid acidic food like oranges and tomatoes, whole or juiced. Caffeine is also another culprit, together with fried food and anything that contains too much sugar like sodas and sweet desserts.