Anyone looking through the culinary schools in Maine will realize that there aren’t any institutions that are independently dedicated to teaching the culinary arts, but there are very good degree programs offered at various colleges and universities that one can enroll with. Aside from having a little bit of math and composition, these programs are quite well within one’s budget and require only a few things before enrolling. 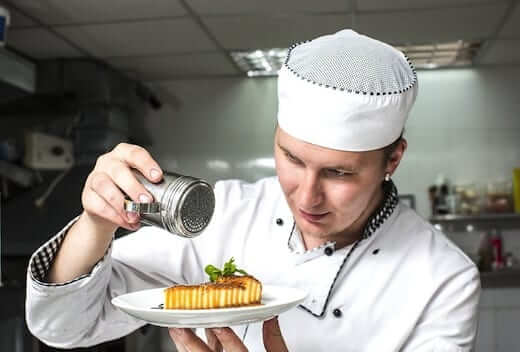 Here are a couple of options:

For those looking for a Culinary Arts Associate in Applied Science, you want to look into York County Community College first. The two-year program offers a series of sessions including but not limited to knife skills, sauces, nutrition, pastries, as well as international and American regional cuisine (amounting to a total of 64 credits). Those who earn their degrees from this institution are expected to find a spot as chefs or enter the restaurant management business.

Eastern Maine Community College teach their students concepts of in-line cooking, menu planning, preparation work, sanitation, and dining room execution, either through a one-year course in Food Service Specialization or with an Associate’s Degree in Culinary Arts for two-years.

Another school that offers an Associate in Applied Science Degree in Culinary Arts is the Southern Maine Community College, based in South Portland. The entire curriculum will cover dining room service, specialty cooking, meats, poultry, fish, soups, sauces, as well as pastries and desserts. Students who go here will also get the opportunity to take part of European study tours going to Italy or Australia. This course also teaches inventory control, menu planning, personnel and business management, culinary math with bookkeeping, accounting, and so many other skills needed for anyone entering into the hotel and restaurant management field.

There are approximately 60 students that graduate from culinary schools in Maine annually. Based on the number of students that are officially enrolled, Southern Maine Community College is the largest in the State, with 25 students (or 41% of the total number) graduating in 2009 alone.

It costs approximately $3,365 every year you study in Southern Maine Community College, but this totally pays off when you become one of the 4,700 plus chefs who can be employed within the state and earning an average of $22,400 every year, by the time you have earned your degree in 2018.

The 2% projected increase in employment in the culinary industry is attributed highly to Maine’s large tourism that flock to restaurants in search of good traditional food and modern dishes, which in turn is also due to the fact that Maine is well within reach of Boston, Massachusetts, which is also a hotspot for the culinary industry.

Here are some food facts about Maine:

The state’s large agricultural industry gives more than a fourth of the country’s blueberries.

Maine is famous for its boiled lobsters

Learn more about the state’s food and drink culture by signing up for any of the culinary schools in Maine.