Do you know that Health Benefits of Green Tea surpasses other tea varieties? Green tea is now one of the most popular health drinks around. It is now widely available commercially. Green tea is one of three main types of tea, along with oolong tea and black tea. These three types of tea differ based on their oxidation levels. While black tea is fully fermented and oolong tea is partially fermented, green tea is only steamed, pan heated, or baked, thus preventing full oxidation. This is why the leaves are still green. But what difference does green tea really make for our health?

Green Tea Is A Powerful Antioxidant

Because of its preparation process and the natural properties of tea, green tea is one of the best and most powerful antioxidants currently known. It is rich in epigallocatechin-3 gallate or EGCG, which is lost during the fermentation process done to oolong and black tea but is preserved in green tea. EGCG is a far more superior antioxidant even when compared to vitamins E and C. Its antioxidant action effectively helps prevent free radicals from wreaking havoc within the body, causing tissue damage, weakening the cells, and thus making the body more susceptible to diseases. As a matter of fact, EGCG has the ability to attack cancer cells without causing harm to healthy tissues. This is why certain studies have linked green tea with the reduced risk of the growth of cancer cells in the body.

There is also research that shows how green tea can also lower the overall cholesterol level in the body by reducing the levels of LDL or bad cholesterol so there is more HDL or good cholesterol in the body. This can help prevent health problems such as cardiovascular diseases, hypertension, and thrombosis or the abnormal formation of blood clots, which is known as the biggest culprit behind heart attacks and strokes.

A study published in the American Journal of Clinical Nutrition back in 1999 showed a link between green tea and weight loss. The study, conducted at the University of Geneva in Switzerland, found that men who were given green tea extracts combined with caffeine were able to burn more calories than men who were given a combination of caffeine and a placebo.

Some studies also showed that green tea’s ability to destroy bacteria can also actually put a stop to dental plaque. Good oral health is very important to a person’s overall well-being and health, after all.

Are There Any Negative Effect?

Aside from the health benefits of green tea, advocates should also be warned of a particular harmful effect that has been traced to increased intake of green tea. According to some reports, drinking a lot of green tea can lead to insomnia because it contains high caffeine levels. Although the caffeine content is lower than that of coffee, some people might not be aware of this and might consume a lot of green tea to enjoy all its benefits.

It is true that green tea has several important health benefits, but it should also be taken in moderation within a single day. 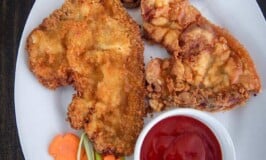 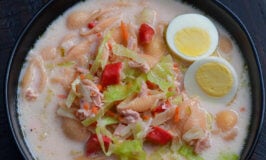