Home » Food and Health » How Hot is Your Chili Pepper?

Ever wondered how hot your favorite chili peppers are? Well, I was wondering how hot Siling Labuyo (Asian Bird’s eye chili) was and how it does compared to the other chilies in the world. All the while, I was thinking that the smaller the size of a chili pepper, the hotter it gets – but I was wrong (my friend who told me that tale was wrong too). 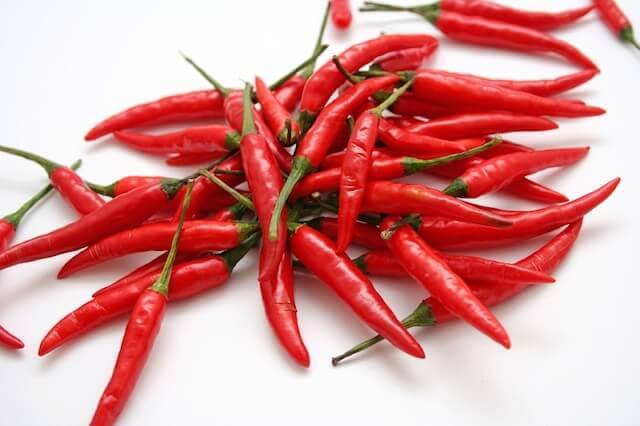 It appears that the piquancy (hotness and spiciness) of a chili pepper can be measured by the amount of capsaicin (which is a chemical compound) that it contains. This means that the higher the capsaicin level of a chili pepper, the hotter and spicier it gets. There is a method in measuring the capsaicin level in chili peppers; this is called the Scoville Organoleptic test. This was named after its creator, Wilbur Scoville. On the other hand, the Scoville Scale is the standard measurement used to categorize the degree of piquancy of chili peppers depending on their capsaicin content. I wouldn’t have learned this if not for Adam Richman’s Man vs. food. 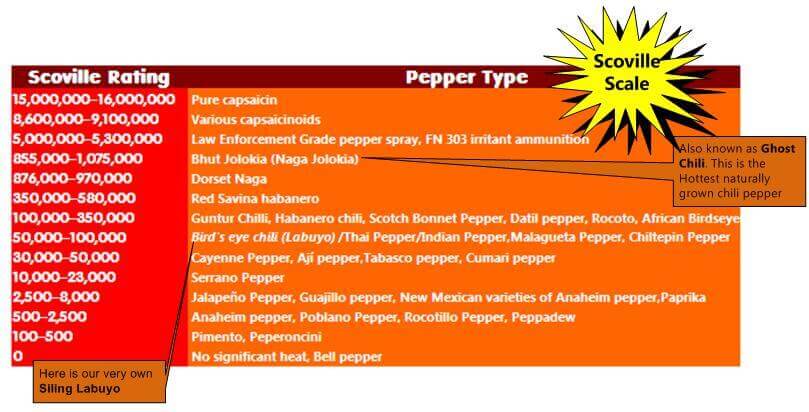 So, how did Siling Labuyo fair? As you can see, it is somewhere on the average level. It will take 10 times the capsaicin level of Bird’s eye chili to match the hottest naturally grown chili pepper in the world, the Bhut Jolokia or most popularly known as “The Ghost chili”.

I like chili peppers; in fact, I can even chew bird’s eye chili if dared. However, I can’t seem to think of myself chewing the hottest chili in the world – that would be totally insane. At present the hottest chili that I ever had was the Habanero. I guess that that’s the farthest that I will go.

What was the hottest chili pepper that you tasted so far? Care to share your experience?