Last weekend was full of excitement and thrill. I went with my family to visit an amusement park  in Muskegon, Michigan known as Michigan’s Adventure. It was almost a 5 hour trip from our place but the travel and exhaustion was worth the while.

We met-up with our close friend, Sharon, who lives a few miles away from the theme park. Together with her husband Don-don and baby Andrew, we spent all day touring the park. We were also introduced to some of their Filipino friends who happened to be in the park that day. The day ended after we ate dinner (Pork and Chicken adobo) in the parking lot …Filipino style :). The food was really great and the company made it better.

Want to see more pictures of our trip? Please continue reading this post. dippin dots – a good way to neutralize the heat. Shivering Timbers is a wooden roller coaster developed by Custom Coasters International with trains by Philadelphia Toboggan Coasters. It opened in 1998 and cost $4.5 million to build. It towers 125 feet in the air (a 122 foot drop), reaches a top speed around 65 mph and the first drop is at a 55.5° angle. The rides 2nd & 3rd drops are 100 feet & 95 feet tall. The ride lasts for over 2 1/2 minutes and is an out and back design featuring loads of airtime. Shivering Timbers is 5383 feet long. The ride is critically acclaimed within the industry; every year following the ride’s debut, the Golden Ticket Awards have named Shivering Timbers one of the ten best wooden coasters in the world, with a five year stretch (2000-2004) at #2, and a #3 ranking in 2005. Logger’s Run-A classic flume ride. Riders sit in a log during this adventure that culminates in a splasdown ending.(source: wikipedia.org) Sea Dragon-One of the most intense flat rides in the park. Built out over the water, this is a swinging ship type ride. Themed to Vikings, riders sit in Viking ship that swings back and forth. (source: wikipedia.org) Adventure Falls -A “shoot-the-chute” style water ride in which riders ascend the lift and take a plunge getting soaked. Spectators on a bridge over the splash zone also get soaked by the wall of water. (source: wikipedia.org) Thunderhawk is the seventh coaster at Michigan’s Adventure. The roller coaster, built by Vekoma, was relocated from Geauga Lake in Ohio. Thunderhawk opened for the 2008 season. Thunderhawk is a suspended looping coaster that seats 2 people across as they are suspended beneath the track with their legs dangling. The trains climb to a height of 105 feet before plunging into a 86 foot drop. Along the journey, the trains reach speeds up to 50 miles per hour and flip upside down 5 times. With an approximate 2 minute 30 second ride time along 2000 feet of track, it is the first roller coaster the park has added since 1999. The coaster also features an on-ride video camera with the option of purchasing your own on-ride video. The ride’s color scheme is bright red track with fluorescent yellow supports. (At Geauga Lake, the ride was first dark red with sky blue supports, then bright orange track with the same yellow supports.) (source: wikipedia.org) An image of the Thunder Hawk shot at the other end of the lake. A closer look at Thunder Hawk. Funnel of Fear – A tornado type slide added in 2005 and is one of the most intense water slides in the park. Riders (4 to a tube) head through a 300 foot dark/enclosed tube before heading into a near vertical drop ending them in a giant funnel where they splash back and forth up the slides getting sopped before ending in the pool. (Riders must be 48 inches or taller). (source: wikipedia.org) A more wholistic view of the Funnel of Fear. Snake Pit -Another intense waterslide complex. 3 pitch-black/enclosed slides intertwined with each other. All 3 with different experiences that end in a themed pool. Prior to entering the slide, riders are drenched in water by a waterfall. Single rider or double rider tubes may be used.(source: wikipedia.org) A photo of one of the Grand Rapid falls. 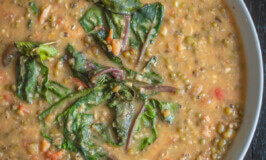