Finding a reputable culinary school in Minnesota is a simple thing to do. This state is the home for the most revered institutions that are known across the globe. People who are dreaming of eventually becoming a chef or a manager for a hotel no longer need to go far just to fulfill their wishes. For some who simply want to transform their home kitchen to a wondrous place where sumptuous meals are made, there are also certificate and diploma programs which will contribute in enriching one’s culinary knowledge. 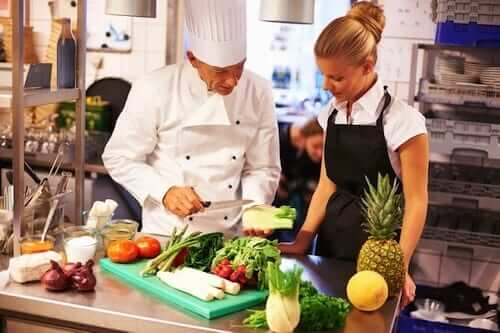 Which Culinary School in Minnesota is the Best?

There are plenty of options for culinary schools in Minnesota and it is important to find one that perfectly matches the needs and preference of the student. What aspects should be considered when choosing one among the MN culinary schools?

Program option is one of the most important aspects. For those who are just testing out the waters, it is best to enroll in a certificate or diploma course. Usually, schools allow their students to go on and continue with a bachelor’s or master’s degree.

Of course, it is important that the school’s curriculum should not only involve theoretical courses but also practical training. There should be a fully-functioning, industrial-grade kitchen that is loaded with the latest facilities. To be attuned with how the real culinary world is, experiencing internship and apprenticeship would be a great way to enrich knowledge too.

Schools which have a pool of professors who are the cream of the crop in the culinary field would be a smart choice too. There is no better teacher than those who have immersed themselves into the culinary field for years and learned the nooks and crannies through their extensive experience.

Which Culinary Schools in Minnesota Satisfy the Criteria?

The International Culinary Schools at The Art Institute is among the best culinary schools in Minnesota. Over the years, this school has tailored their curriculum such that once their graduates step out of the school realms, they would be geared with the knowledge that they need to face the real challenges. Among the programs that are offered in this school include Culinary Arts, Baking and Pastry, Art of Cooking and Culinary Management.

When it comes to culinary schools in Minnesota, one name that also stands out is the Le Cordon Bleu College of Culinary Arts in Minneapolis. Their widely known expertise when it comes to culinary enables graduates to easily earn their spot in the industry after stepping out of the school’s boundaries. Among the programs that are being offered by the school are Certificate in Culinary Arts and in Baking and Pastry Arts.