Adobong Sitaw with Lechon Kawali is a dish that is composed of two popular Filipino dishes: Adobong Sitaw and Lechon Kawali. Adobong sitaw refers to yard long beans or snake beans that were cooked inadobo style. This means that it was stewed in soy sauce and vinegar and it had garlic and black pepper. Lechon Kawali, on the other hand, is crispy pork belly. It was initially prepared by boiling the pork until tender. The pork is then rubbed with salt and pepper, and then deep fried to perfection. 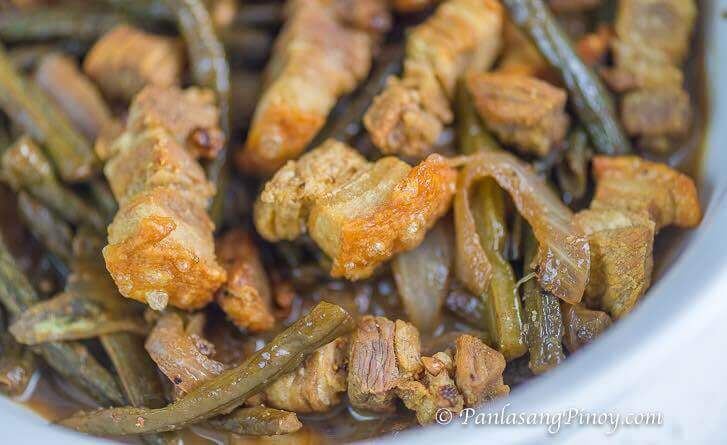 I enjoyed having these dishes individually. Now, I had the chance to enjoy these at the same time. This dish was really good. The sitaw had balanced flavors – not too salty and not too sour. It was also very tasty. The pork belly gave the dish a nice texture. What I relished best is when I dipped the crispy belly in the sauce of the adobong sitaw. The pork absorbed the liquid in an instant and made it taste like chicharon with meat dipped in a special vinegar concoction.

When cooking this dish, make sure that you take extra precautions, especially when deep frying the pork. Expect the oil to splatter, so be alert and ready. I wish I can say that using a splatter screen can protect you, but it cannot—unless you are frying the pork in a very deep cooking pot. The force of the oil is quite strong and it can get pass the screen guard. I simply use the cover of the cooking pot and partially cover it when I start to hear the oil sizzle. I hope that you paid attention when I mentioned to cover the pot “partially”. This means that you should leave a small space for steam to go out, except if your cover has a built-in hole in it. Otherwise, the steam will form beneath the cover and will eventually turn into liquid. Imagine what happens when this liquid drips down to the hot sizzling oil.

Shrimp Monggo with Lechon Kawali is another interesting combination that I suggest you to try.

Try this Adobong Sitaw with Lechon Kawali Recipe. Let me know what you think. 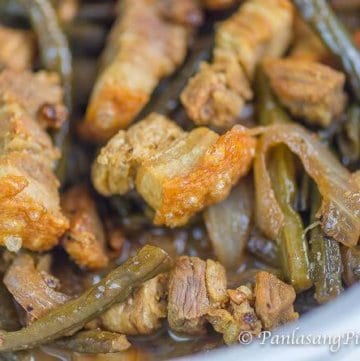 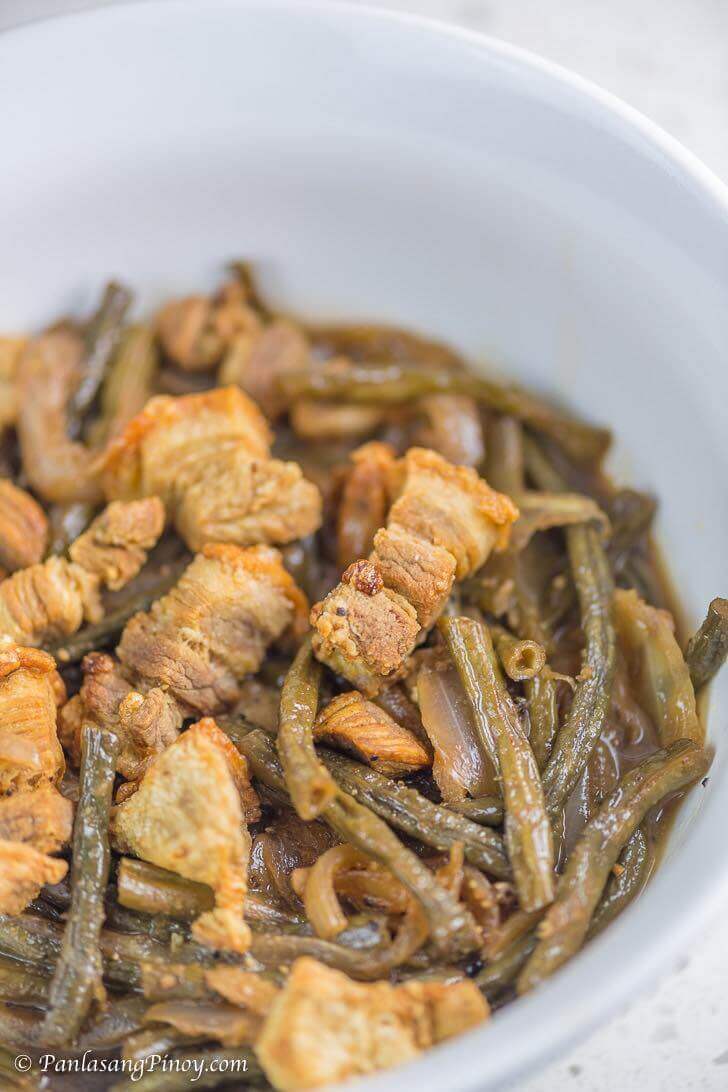