As I was about to depart from Chicago O’Hare Airport (ORD) on my way to the Philippines two weeks ago, I had only one thing in mind: to have Crispy Fried Daing for breakfast on my first day in Manila. Yeah, I know that sounds shallow. I guess that I’ve been craving for Crispy Fried Daing for the longest time. 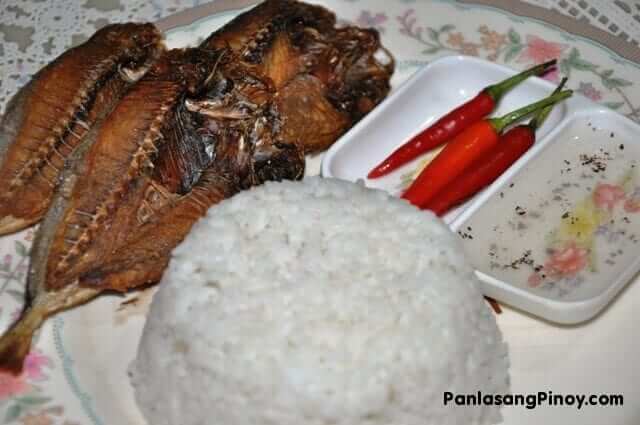 I only stayed in Manila for just a week to complete some errand and visit my relatives. It was hard to plan for my itinerary considering the amount of time that I had, but I did the most out of it.

I arrived in Manila almost midnight the following day. I got jet lag and wasn’t able to sleep that night. I lay awake – waiting for the first break of the morning. I got up as the sun starts to shine – on my way to the nearest flea market.

That was my first morning in Manila. I’ve stayed there longer than I stayed abroad, but I can’t explain why everything seemed so new to me – then I realized that I was starting to appreciate the place again, despite its imperfections.

As I arrived in the flea-market after a short mile of walk, I could not help but admire the richness of our ocean. I have been deprived of fresh seafood here in the Midwest, and it really feels good to know that I’ll be feasting on delicious fresh seafood even for just a few days. Of course, I grabbed some salted dried fish (daing) which was my main reason for going there.

Normally, I would check on all the stalls for the best dried fish around, but not this time. I went there to grab a few pounds of dried fish and head home immediately. I knew that I can always have someone get fresh seafood at a later time. That is another story.

In order to save some time, I decided to buy steamed rice on my way home. When I got back, I immediately fried the “daing” until crispy and arranged it in a plate with rice and spicy vinegar dip. The dried fish might not be the best of quality compared to the dried fish in Palawan that we had last summer, but I still enjoyed my long awaited Crispy Fried Daing.

The craving for salted dried fish has been satisfied, at least for now. But a new craving has developed – the craving to get back home permanently. If there is at least one good opportunity, there might be a possibility. We will never know…