It is increasingly important to hold a culinary degree in order to have a stable job in the culinary industry these days. It can help increase your chances of career growth and it also has other perks. More and often, you will find that the chefs in culinary kitchens are graduates of culinary Schools. Chances are that they go for culinary arts graduates when hiring staff. 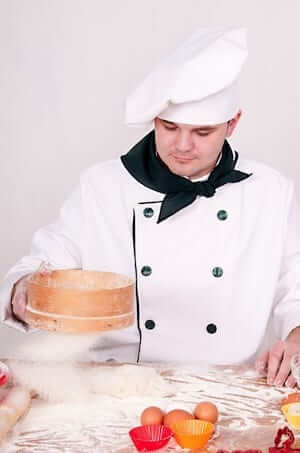 What to look for in California Culinary Schools

Look for affordability, because eExpensive does not necessarily mean the best. Kitchen Academy in Sacramento has a range of affordable programs worth considering.

A further aspect for California Culinary Schools is how well established the school is, since brand new schools have yet to earn a reputation. California Culinary Academy has Le Cordon Bleu schools San Francisco and Pasadena which have many years of experience.

Next when considering California Culinary Schools, have T a look at the facilities and choose a school with modern resources. Bear in mind when you get your first job you may not get state of the art like your culinary school, but at least you will be training with the best! For this consider the following:

Another factor to consider for California Culinary Schools is the amount of real life work experience you will get – does the school have its own restaurant for example? If the restaurant is only small, you may not get a realistic picture of what it’s like to work in a big dining facility. You may get to work outside of the school in a local restaurant. Living Light Culinary Arts Institute in Fort Bragg is going to be a fantastic choice in this respect.

Why choose Culinary Schools in California?

Studying for your culinary arts degree in one of the California Culinary Schools will give you an intensive introduction to some of the most creative and innovative techniques in the world. The Golden State is famed for its quality of ingredients and the caliber of its trainers in its culinary training institutions. There are chef competitions, food and wine festivals and dining events just about every month of the year and the diverse cultural nature of California means you will have the chance to explore preparation of dishes from all over the globe, before accessing the vibrant California culinary jobs market with your culinary arts degree.