Home » Culinary Arts » Ingredients » How is Soy Sauce Made?

Soy sauce is a type of condiment which comes in rich dark color which is non-viscous. This is widely known across the globe but it is the Asian cuisine which extensively adds this to the dishes. This is said to have originated in China when ancient cooks wanted to make their food taste a bit more interesting. From there, the use of this condiment reached Japan and other parts of Asia. Today, even western dishes already utilize this sauce.

This also plays a significant role in the creation of other sauces. For example, Worcestershire sauce also relies on it for a tinge of saltiness and for added aroma. The method of creating soy sauce may vary depending on the manufacturer and the place where it is made. However, the basic ingredients remain the same. It is made by properly combining ingredients such as soy beans, salt, roasted grain and water. It has to be noted that before soy beans can be added in making the sauce, these should be mashed first. 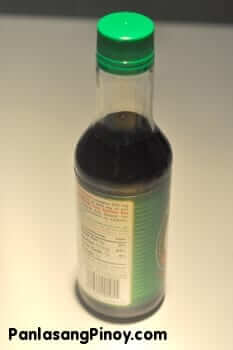 The primary step is to create a moromi. The process starts by adding ground roasted wheat to the soybeans. When these two are blended well, it is time to add the yeast or koji. It is important to put ample amount of salt to achieve the taste. Then, to ensure the right consistency of the sauce, there should be enough water too. The creation process does not end with merely creating the moromi. This has to be fermented too.

Fermentation is a crucial part of the more traditional way of making soy sauce. This means placing the moromi in clean containers and letting it sit for about 6 months. The natural chemical processes bring out the flavor and aroma of the sauce.

After fermentation, there still remain some chunks and lumps. Hence, it is necessary to thoroughly filter the liquid to ensure that the only thing left is the liquid. After several sifting, it is then subjected to high heat for sterilization. Once the liquid has cooled down, it can then be bottled and ready for consumption.

Today, there are many commercial manufacturers of soy sauce. Since 6 months can hinder high volume production, companies use machineries which speed up the process. The use of modern equipment results to non-brewed sauce. Although the taste and color may be achieved too, the commercially manufactured ones may have a bit harsher flavor and the aroma has a slightly acidic tinge. However, there are also manufacturers who have been in the business for years and have formulated a way to neutralize the sauce that they produce. This soy sauce recipe tells you the step-by-step procedure on how to make soy sauce.

The main reason why many dishes can not be perfected without soy sauce is because nothing else can give the same flavor enhancement that it can bring. Although it is predominantly salty, it has the perfect combination of sweetness, bitterness and a little sourness. This rich taste is also referred to as umami, especially in Asian countries. It is the key in balancing out the taste of dishes and magically turns bland food into really sumptuous ones.