This shrimp laing recipe is my version of the popular vegetable dish that originated from the Bicol region. This recipe makes use of a good amount of shrimp, along with hot peppers, and a generous amount of coconut milk. 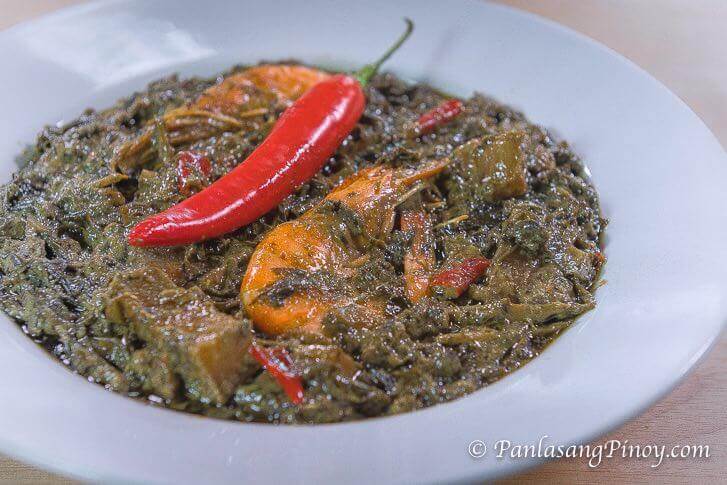 How to Cook Shrimp Laing

I want to emphasize that it important to clean the shrimp before cooking. Do this by cutting the antenna and deveining it.

Use a pair of scissors and a small knife for the process. Cut the antenna all the way with scissors. Start to devein by cutting the shell located at the back of the shrimp from below the head until the tail. Use the small knife to pick the gut of the shrimp out. Gently drive the tip of the knife on the shrimp meat and then pick the guts out slowly. Wash shrimp with running water afterwards.

The first step to cook this laing version is to extract oil from the pork fat. This will be used to saute the aromatics. Do this by searing pork fat in the pot for 2 to 5 minutes or until enough oil is extracted. Saute onion, garlic, and ginger afterwards.

Add coconut milk and let it boil. Fresh coconut milk is best. However, you can also use the canned ones or even the ones in powder form depending on the availability.

I like my laing spicy. This is the reason why a good amount of chili pepper is added in this recipe. Adjust the amount of chili pepper based on your tolerance to heat. Put the shrimp paste (bagoong alamang) after adding the peppers,  and then add the dried Taro leaves next. Let the mixture boil on the covered pot. Give it around around 5 minutes. This time should be enough for the leaves to absorb moisture to partially soften it. 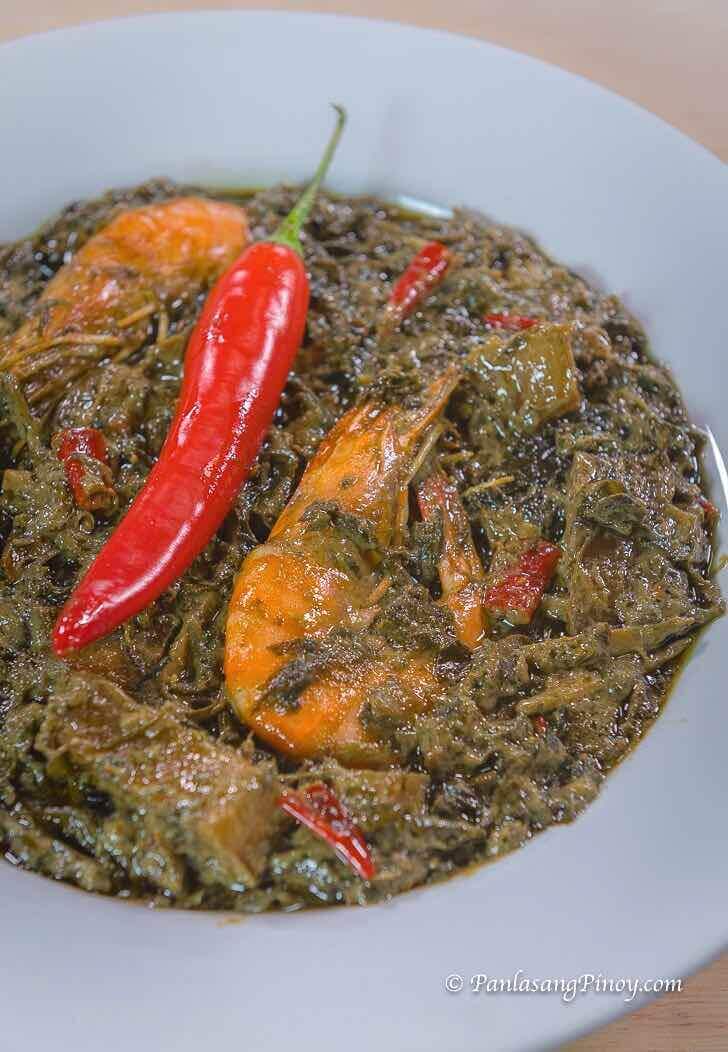 Push the Taro leaves down until it submerges in coconut milk. Make sure not to stir the mixture yet. Let it cook for 30 minutes more.

Stir everything and then adjust the heat between low to medium. Cook for 1 hour or until the leaves are soft. Season with ground pepper and add shrimp. Cook for 3 minutes more before serving.

Try this yummy Shrimp Laing Recipe. Let me know what you think. 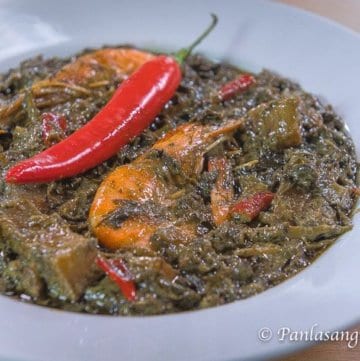 Watch How to Cook Shrimp Laing 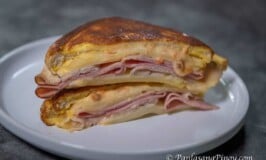 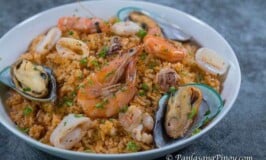 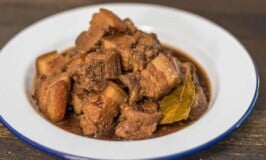 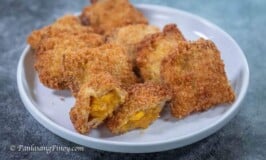