Home » Food and Health » The Real Magic behind Magic Sugar 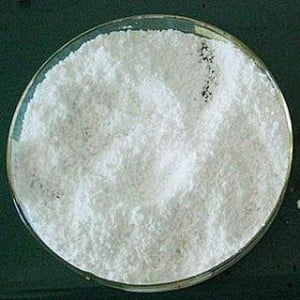 This is probably the 3rd time that I read about Magic Sugar in the news within the last 3 years. The last time I read about it was yesterday – while keeping myself updated with the current events in the Philippines.

Health Secretary Esperanza Cabral warned the public against the use of magic sugar which is allegedly being smuggled into the country. According to the news, Secretary Cabral described magic sugar as an artificial sugar that is also known as sodium cyclamate; this could cause dizziness, vomiting, and stomach ache. (source: inquirer.net)

Trying to feed my curious mind, I started to figure out what the real magic behind magic sugar is. Here are the things that I learned:

Sodium Cyclamate (aka Magic Sugar) was a widely used artificial sweetener until 1969. This was accidentally discovered in University of Illinois by a graduate student while working on the synthesis of anti-fever medication.

Compared to real sugar, Sodium Cyclamate is 30 to 50 times sweeter. This was the reason why was mixed with saccharin and used as an artificial sweetener. It was also the least expensive sweetener around.

Banned by US Food and Drug Administration (FDA)

Based on a study performed in 1966, there are some bacteria in the intestine that reacts with cyclamate to produce a certain compound that is alleged to cause chronic toxicity in animals. Supplementary research also paved the way for a more shocking discovery. A 1969 study reported that the common cyclamate – saccharin mixture (which is 10 parts to 1 part respectively) increased the occurrence of bladder cancer in rats. This was one of the reasons why the FDA banned the sale of Cyclamate (Magic Sugar) in the USA.

Aside from the discovery that cyclamate and saccharin mixture can increase the incidence of bladder cancer in rats; cyclohexylamine, the compound produced by the bacteria in the intestine when combined to cyclamate, can cause testicular atrophy (deterioration or decrease in size; Yikes!!!) in mice.

According to the Research Council committee, cyclamate only increases the speed of cancer, accelerate the formation of tumors, and speed up tumor progression (Source: wikipedia)

I think that this explains why Secretary Cabral is so concerned about the smuggling of Magic Sugar in the Philippines. It turns out that there is really something magical going on with it.

If you care about your health and manhood, better start being cautious; you don’t want to wake-up one day with a miniature thing.