Home » Culinary Arts » Ingredients » What is a substitute for buttermilk?

Whether you own a bakery or you’re trying your hand at baking, you are likely to run into recipes that require buttermilk. If you don’t have it or you simply want to omit it because of health reasons, you can always use a buttermilk substitute. Most bakers don’t want to replace buttermilk because it contains acid that works beautifully with baking soda. If you find yourself without leavening buttermilk, there are foods you can replace it with that achieve the same effect or you can easily make your own buttermilk substitute. 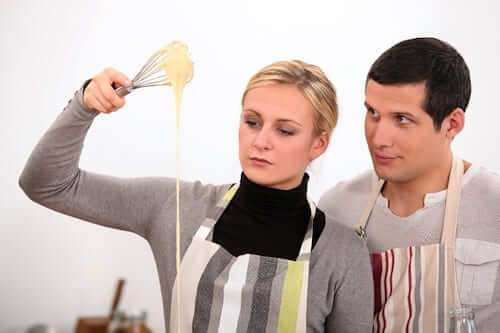 Why do recipes need buttermilk?

Most baked goods require ingredients that will help them rise and give them a lighter texture. Buttermilk is one of those ingredients. You might have noticed that almost recipe that calls for this type of milk also requires baking soda. This is because the chemical reaction that takes place between these two substances can make baked treats cook well and taste great. Buttermilk contains acids called lactic acids.

When these are mixed with baking soda, carbon dioxide gets released while your goodies are in the oven. Carbon dioxide escapes through small bubbles that help dough rise and swell. The end result is better-tasting cakes, cupcakes, brownies, bread and whatever else you feel like baking. This lactic acid is what makes a suitable buttermilk substitute hard to find.

There are four general types of buttermilk. The first is traditional buttermilk, which is the primary ingredient in butter and cream. It derives its lactic acids from the fermentation process that occurs when you churn butter and cream. The second is acidified buttermilk. Milk is intentionally and not naturally acidified by adding acids from foods like lemon juice. The third kind is cultured buttermilk. Here, milk goes through pasteurization and immunized with the lactic acids that are usually found in traditional buttermilk. To make it seem more organic, farmers and manufacturers add pieces of butter. The final type is buttermilk that has been powdered. This is usually the one you need to complete your recipe.

What is the best buttermilk substitute?

Yoghurt, preferably the plain type, is a highly recommended substitute for buttermilk. Those who suggest it hardly explain why but it is probably because it contains the bacteria that cause lactic acid as well. One cup of yoghurt can be substituted with one cup of buttermilk. In some cases, it is better to mix yoghurt with a little bit of milk.

Another great idea is to mimic the process of acidized milk. You can substitute buttermilk with regular milk and add a dash of lemon juice to increase its acidic content. You can also use vinegar to add acid if you are out of lemon.

You can also make a wonderful buttermilk substitute with just normal milk and cream of tartar. Adding 1 ½ to 1 ¾ teaspoons of tartar to a cup of milk should the trick.

If you are using powdered buttermilk in your recipes, mix three to four level tablespoons to water.