Home » Culinary Arts » Ingredients » What is the difference between feta cheese and goat cheese?

There is a common misconception that feta cheese is a type of goat cheese. This is not true. However, a closer look at the sources of the milk used to produce these cheeses shows why many can assume that. Feta cheese and goat cheese differ from composition right down to taste. Both are delicious and provide certain nutrients that are good for you. 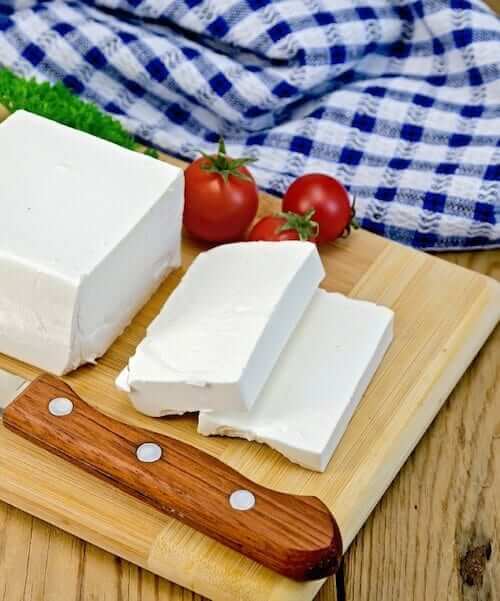 The biggest difference between feta cheese and goat cheese lies in the type of milk. Feta cheese can be made entirely from sheep milk. In some instances, it can contain a small percentage of goat milk. If goat milk is used, it should not exceed 30% of the product. If more is used, the cheese cannot be categorized as feta anymore. Goat cheese, on the other hand, is made from 100% goat milk with no sheep milk whatsoever.

Feta cheese is known to contain certain kinds of healthy bacteria that are capable of killing harmful bacteria called Listeria. Goat cheese is infamous for its high protein content. Goat cheese is higher in calories than feta, and contains more saturated fat. Feta ranks higher in cholesterol, sodium and carbohydrates. The differences in nutrients are not large but significant nonetheless.

Not all experts agree on the taste of cheeses. However, feta cheese is widely known for its tangy, salty and oftentimes bitter taste. The taste of goat cheese has been likened to cream cheese and is considered to be saltier than feta. It is also worth noting that goat cheese does develop a deeper flavor when it ages. In terms of texture, feta cheese tends to be chunky, while goat cheese takes on a crumbly or chalky feel.

In past years, feta cheese was more readily available than goat cheese. This made it more affordable than its counterpart. Over the years, goat cheese became more accessible and its price has significantly decreased since. With prices of cheeses almost neck and neck, goat cheese is still more expensive than feta in many parts of the world.

Choosing the healthier option between the two depends on the state of your health. If you are on a weight loss diet, you should consider eating feta over goat cheese. This is because 100 grams of goat cheese has around 100 calories more than feta cheese. It also has higher saturated fat content.

On the other hand, if you have heart conditions, it is advisable to opt for goat instead of feta cheese.

The cholesterol and sodium in feta can be problematic to your cardiovascular health when consumed in excess. Too much sodium can also have a negative imprint on blood pressure.

It is hard to say which cheese tastes better. The cheese you prefer depends entirely on your taste. Feta cheese is mostly used in Greek salads and French dishes because it complements dressings, sauces and greens. Goat cheese is most commonly used in heavier, savory meals because of its likeness to cream cheese.

There is a thin line between feta cheese and goat cheese. It is not uncommon to confuse them. This is because there are often traces of goat milk in feta. While both are equally flavorful, they differ in the types of nutrients and calories. When preparing meals with these cheeses, keep your health and fitness goals in mind.