Dinardaraan is the Ilocano version of dinuguan. This dish has lesser sauce to the point of becoming dry, compared to regular dinuguan (Tagalog version). Oil is also noticeable because there is not enough liquid to mask it. As a fan of dinuguan, I think that this dish tastes good.  I love it. 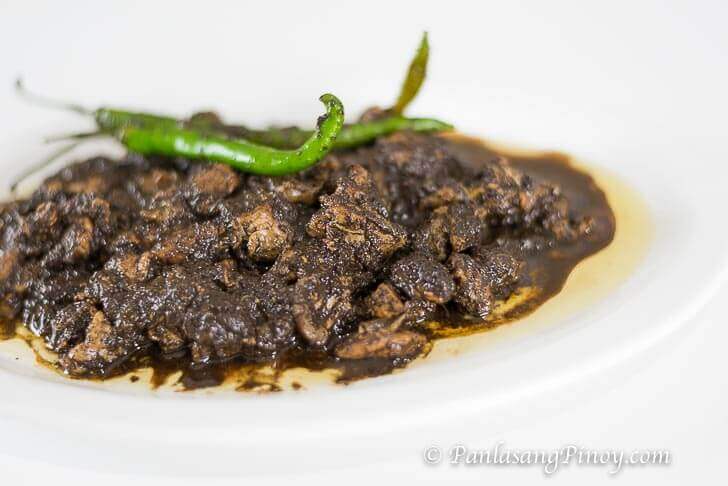 I never really played enough to mimic the common version of dinardaraan. I only used pork meat for this recipe – no innards. I was told that pig intestines are commonly used to make this dish. The intestines are chopped and fried to the point that it almost resembles cripsy bagbagis. The meat and other ingredients are added afterwards. It is somewhat like this pork dinuguan recipe, except that the intestines were not fried in the latter.

I started out by sauteeing the garlic and red onion until the onion gets soft to the point that it reaches caramelization. The pork was added afterwards and I cooked it until it turned medium brown. This process is known as “sangkutsa”. I went the extra mile by letting the cook pork longer until the fat got extracted out of the pork. This gives the pork a nice brown color. 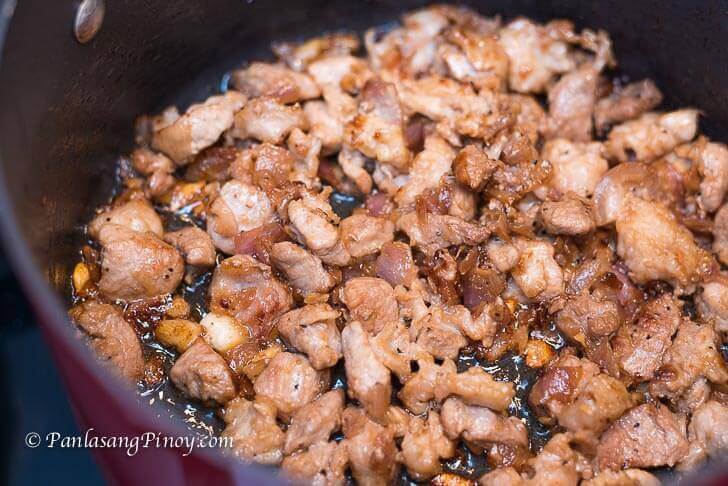 I made use of beef broth instead of water because I want the meaty taste to be noticeable.  The broth was poured and the meat is cooked in the broth until tender. The vinegar comes next. I thought of using apple cider vinegar instead of white vinegar. This will be obvious if you have a keen sense of taste. The blood and green peppers were added last. Make sure that the blood is cooked well before turning the heat off. 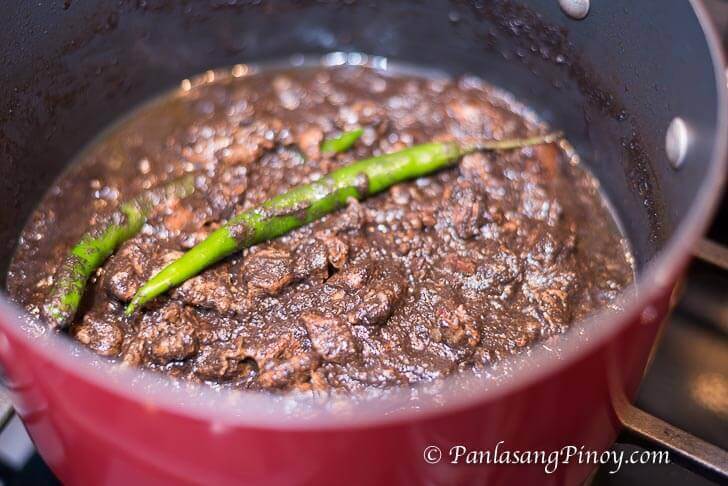 To me, I can see this as a main dish.  However (and I honestly think), it is also a good match with a cold bottle of beer. 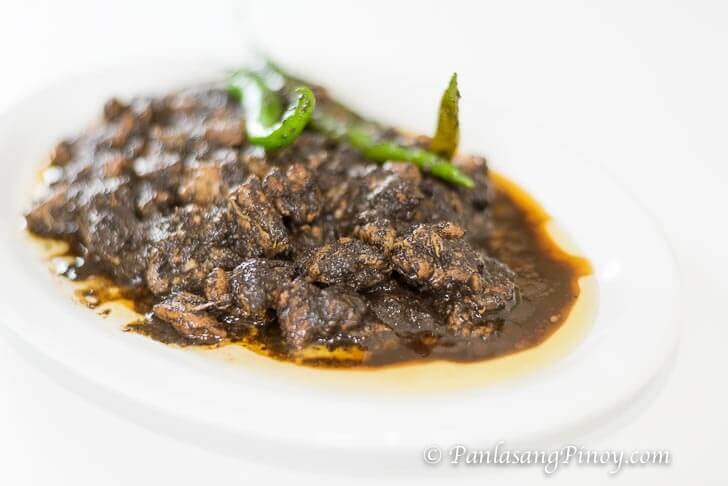 Try this Dinardaraan Recipe. Let me know what you think! 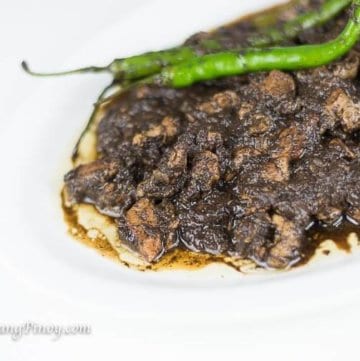 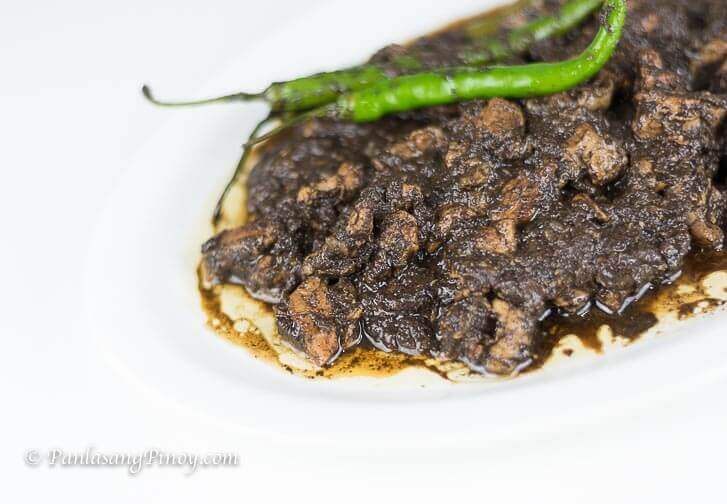