This version of Dried Squid in Coconut Milk Recipe (which is also known as “ginataang pusit”) was discovered by accident. I like to eat squid. However, I prefer fresh over dried or dehydrated squid because it is tender, when cooked properly. As far as dried squid goes, all I knew is that small dried squids can be grilled. The outcome can be a crispy squid that you can easily eat, or it can also turn out to be a bit rubbery; this means that you will need to chew harder. 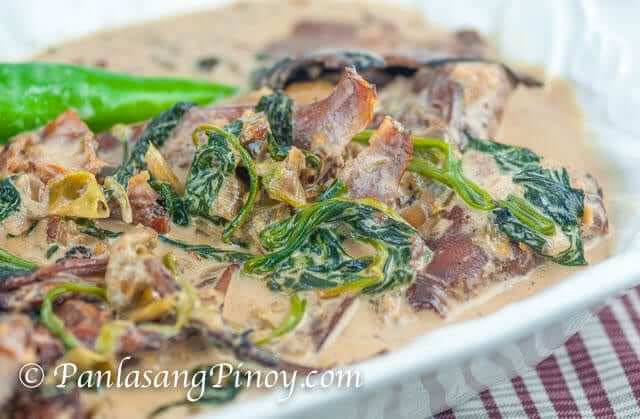 What I got from the Korean store were large dried squids. My plan was to grill these squids and see if these will turn out crispy, or at least something that I can eat easily afterwards. What I learned from the experiment is straightforward: do not grill dried large squid because it will be very hard for you to eat it. Since I do not want to throw these away that easily, I thought that slow cooking the squid will help.

I grabbed my slow cooker and opened the pantry to check for available ingredients. There was a can of coconut cream sitting in the corner and I also saw some green chillies and fresh ginger root in the fridge. These ingredients led me to decide to make slow cooked ginataang pusit.

Grilling the dried squid before slow cooking helped because it gave the dish a nice smokey flavor. The squid became tender and easy to chew. I can compare it to the texture of pig ears in tokwa’t baboy. I liked the outcome of the dish and I thought that this was even more tastier than the regular ginataang pusit.

If you like to eat squid, I have some recipes just for you. Check out our squid recipes here.

Try this Dried Squid in Coconut Milk Recipe. Let me know what you think. 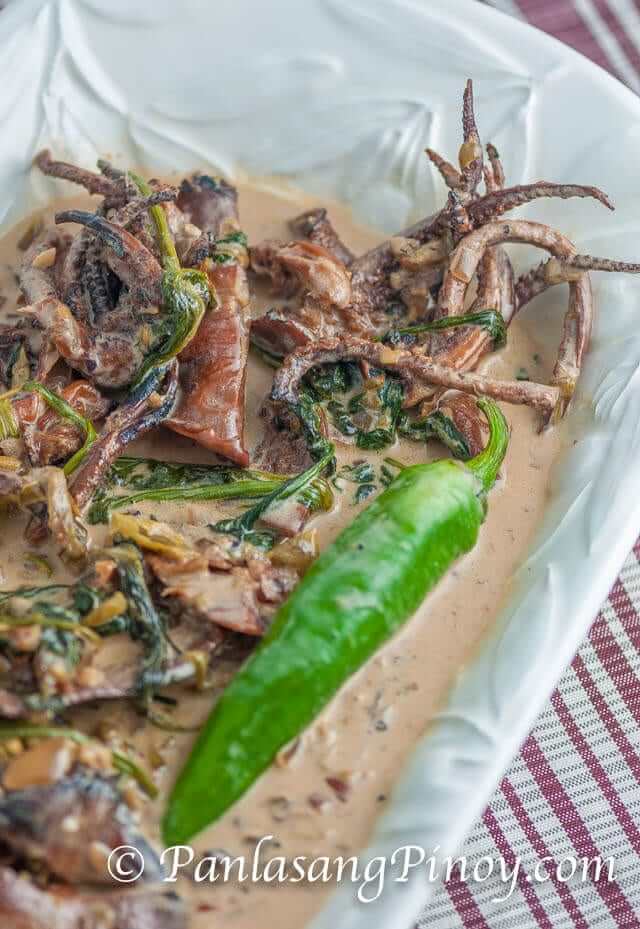 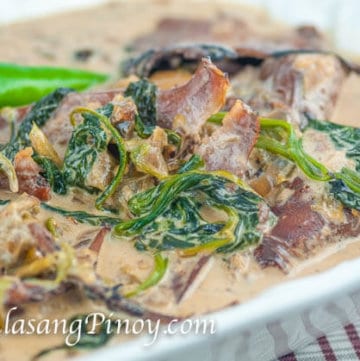