This Sinigang na Hipon Recipe pertains to a Filipino sour soup dish with shrimp as the main ingredient. Sinigang is a method of cooking soups in Philippine Cuisine that incorporates a souring agent. 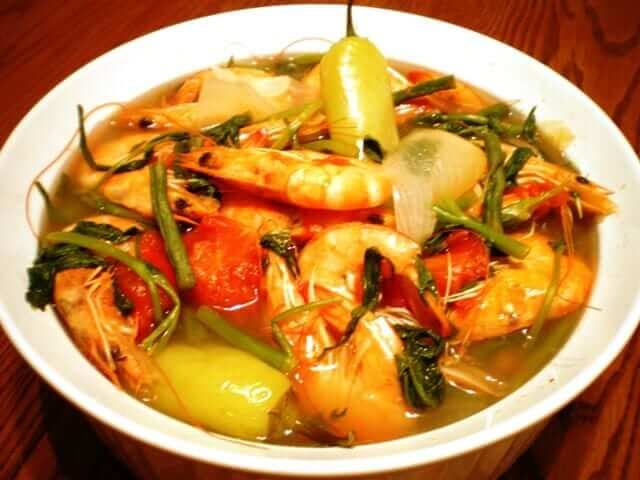 Sinigang na Hipon is easily prepare by cooking the shrimp and vegetables in boiling water. The souring agent (whether natural or in powdered form) are added in the middle of the process. The commonly used souring agent is tamarind. However, other fruits such as guava, tomato, bilimbi (known as kamias), green mango, pineapple, and wild mangosteen (santol) can also be used.

Similar to the previous sinigang dishes that we featured (Sinigang na ulo ng Salmon and Pork Sinigang), Sinigang na Hipon is best eaten with rice with fish sauce (patis) on the side. I usually cook this dish whenever I feel nostalgic or when the weather is cold. For example: today, the temperature is dropping again somewhat signaling for the coming of winter.

For those of you who are trying this dish for the first time, it is recommended that you use shrimp with shell head on because the flavor is still intact. Using shrimps without shell and head has lesser flavor.

Make sure to not overcook the shrimp for best results. The water spinach should be added last and let the residual heat from the pot cook it.

Try this comforting Sinigang na Hipon recipe and let me know what you think. 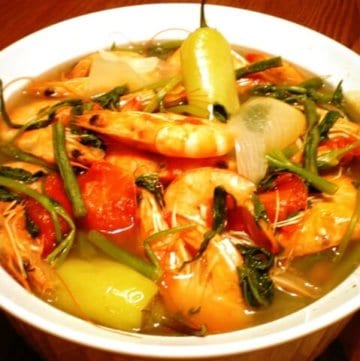 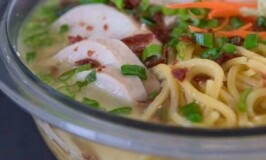 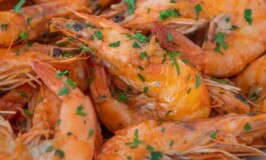 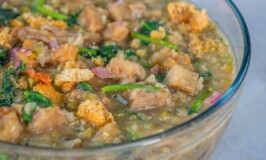 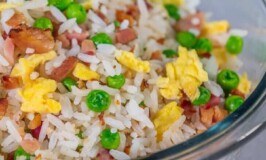