Home » Uncategorized » What is Okra?

There are a handful of ingredients in the culinary world we deem polarizing; bring them up in conversation and they’re met with either adoration or vehement repulsion! Some of these ingredients are “acquired tastes”––meaning you hate them at first, but grow to appreciate them later on. What was once an undesirable eating experience may grow into a pleasant one as you get older. Whether or not that’s the case, ingredients can mean different things to different people. And the slender, tube-shaped, green okra is no exception. 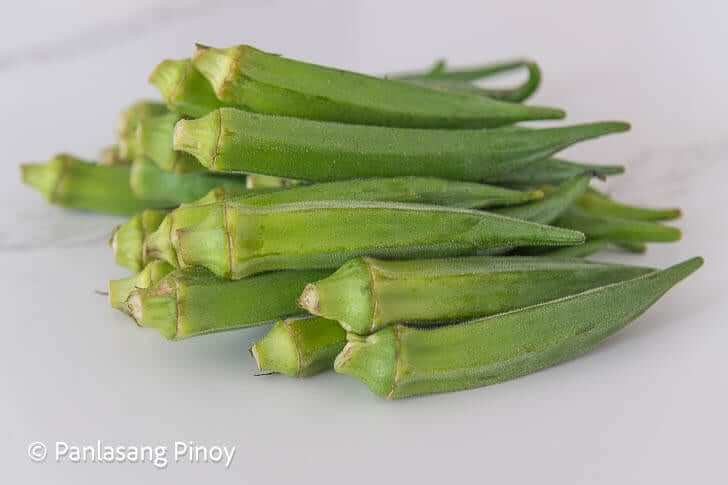 Contrary to popular belief, okra is actually a fruit, instead of the vegetable many assume it to be. Its long, slender form hides small white seeds within it. Okra is famous (or notorious?) for its texture more than its taste––silky, slimy, and almost “gooey.” This is due to its high traces of mucilage, which makes its consistency even thicker. Because of this slippery feeling, many have expressed a strong dislike for this ingredient. However, once cooked properly and slightly ridded of its slimy properties, okra actually makes a welcome guest in the family kitchen. And there are so many ways to enjoy it, too!

Whether your feelings have changed or stayed the same since the first time you had it, okra is a quintessential ingredient in many cuisines across the globe. Hopefully, after this article, you’d be willing to give okra a second chance!

Where does okra come from?: History and origins

Okra thrives best in warm, humid climates. Its scientific name is Abelmoschus esculentus, though in other regions we also call it “lady’s fingers” or bhindi. Okra is said to have origins in South Asia, West Africa, and Ethiopia. It has become a staple in several African diasporas in the Americas and across the globe. Author and food expert Jessica Harris writes, “[w]herever okra points its green tip, Africa has been, and the trail of trade evidenced by the presence of the pod is formidable.” She also explains that the word ‘okra’ is derived from the Igbo word for the plant––okuru. 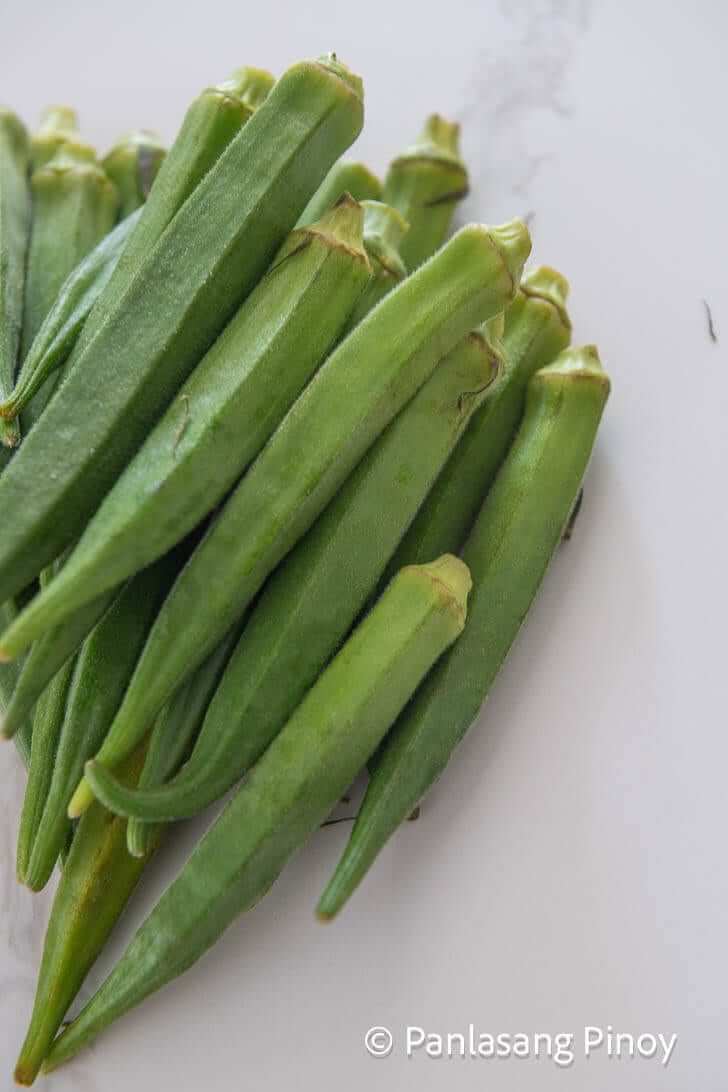 In the Southern regions of the US especially, okra is a quintessential ingredient in Southern cuisine. Some parts of the US refer to this fruit is gumbo––also the name of a popular Creole stew it is a key ingredient in. The word gumbo comes from the Portugese quingombo, which is in itself a corruption of the name for okra in Congo and Angola––ki ngombo.

Okra is an invaluable ingredient to members of the people of color (POC) community. It continues to flourish in many parts of Africa, the Caribbean, the Middle East, and South America.

Admittedly, okra isn’t everyone’s cup of tea. Like we mentioned earlier, its silky, slippery consistency doesn’t exactly appeal to everyone. Luckily enough, there are ways of reducing that “sliminess” when cooking okra, in order to make it more appealing!

There are many ways to cook okra. It’s especially popular in stews for its mucilage content, which thickens soups easily. But if you want to go the opposite route, frying it or cooking it fast on high heat keeps the mucilage at bay. Afterwards, the okra’s texture becomes a little bit more like eggplant; its taste, much milder.

Okra’s high mucilage content activates its thick and viscous consistency. As much as possible, try to minimize its contact with water or other liquids before or during cooking. One way of making sure your okra is as dry as can be is by steaming or blanching it for 3 to 4 minutes first, then draining and drying completely. Don’t add it to the dish until the end, either, in order to minimize moisture contact.

… but vinegar is okay!

Many cooks in the South claim that another way to reduce okra’s thickness is to soak it in vinegar for about 30 minutes to an hour. It’s important to remember to pat it down after, though. Another way would be to salt the pods first, and then put it in a mixture of both water and vinegar for the same amount of time. Adding vinegar or lemon juice to the actual dish is also an effective way of making it a lot milder.

Keep in mind that these are just a few (but arguably the most effective) ways of making your okra feel less silky. However, if it’s that silky feel you want, feel free to skip these altogether! Its thickness can work wonders in many dishes, just as much as its dryness works well in others. It’s all a matter of preference.

What are some recipes I can make with okra?

Like many other fruits and veggies, there are a myriad of recipes okra works wonders in.

As we mentioned earlier, a dish most commonly associated with okra is the classic Creole gumbo. Gumbo is a dish with African origins, and you can find it in restaurants and kitchens across the South. Louisiana, particularly, its famous city New Orleans, is renowned for this savory, hearty dish. Okra is crucial to an effective gumbo, as its mucilage makes the roux even thicker. The mix of okra with other ingredients, such as chicken, shrimp, sausages, and tomatoes, makes gumbo not only filling but also delicious. It takes a while to make, but it’s definitely worth it once you and your loved ones have a full, happy tummy! 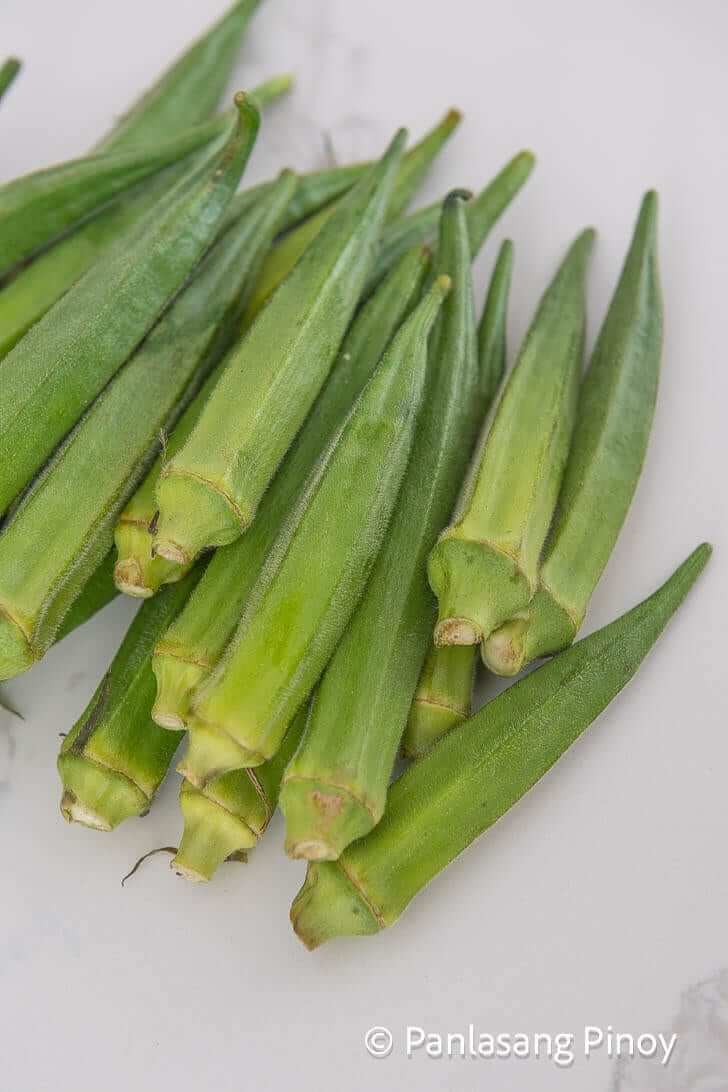 But it’s not just in the South or in African diasporas that okra is beloved; we in the Philippines love to use okra in our dishes, too! Here are some Filipino dishes okra has found a home in, and some that I personally love:

This dish sounds quite simple, but you’d be surprised at how filling and delightful it turns out to be! For those looking for a not too hearty meal, this steamed eggplant and okra with bagoong is perfect. The combination of the mild tasting vegetables with the powerful bagoong is quite impressive. Furthermore, the rice you pair it with also manages to absorb the flavors, too! Try this when you’re looking for something quick and healthy to fix up for dinner.

I have been, and always will be, a lifelong fan of adobo. Adobo sauce might be one of my most favorite flavors in the world, and partnered with juicy, fatty pork belly, it is the perfect combination. So why not add something different (read: healthier) to the mix? Adobong okra isn’t something I would’ve expected to enjoy. But the combination and complementing of flavors between the okra and pork was everything I didn’t know I was missing. Adobo has never been healthier!

This Filipino staple is as incredibly easy to prepare as it is to enjoy. With affordable and accessible ingredients, one bite of this dish is the perfect mix of both crispy and chewy. The only downside? You might end up eating a lot of rice after! But the delicious mix of flavors (and optional bagoong on the side) definitely make it worth it.

Even when it isn’t the star of the dish, okra still makes a delightful addition to a recipe. Take, for example, this air fried fish sinigang sa miso. While here we’re highlighting the tilapia as our main protein, okra, along with the other veggies, make the sinigang stew truly unforgettable. And as we mentioned prior, its mucilage properties really make your soup thick and rich! Who doesn’t love an amazing sinigang?

You’ll notice that a lot of the dishes we’ve listed include bagoong as a good partner to okra––and pinakbet is no different! This classic dish and its use of shrimp paste really highlights the fresh flavors of every vegetable in it, okra included. With other ingredients in the mix like eggplant, ampalaya, and crispy lechon kawali, pinakbet is hard not to love.

Okra is as well-traveled as it is dynamic, and is the perfect partner to have in your kitchen. If you don’t like it yet, maybe it’s just because you haven’t found the right recipe for it! With the perfect ingredients suited to your taste, okra could definitely be something you fall in love with.

Okra is a bastion of health and nutrition. Its profile is impressive, with nutrients spanning from magnesium, to folate, to vitamins A, C, K, and B6. The amount of antioxidants it has play a huge role in protecting your body from forthcoming diseases. 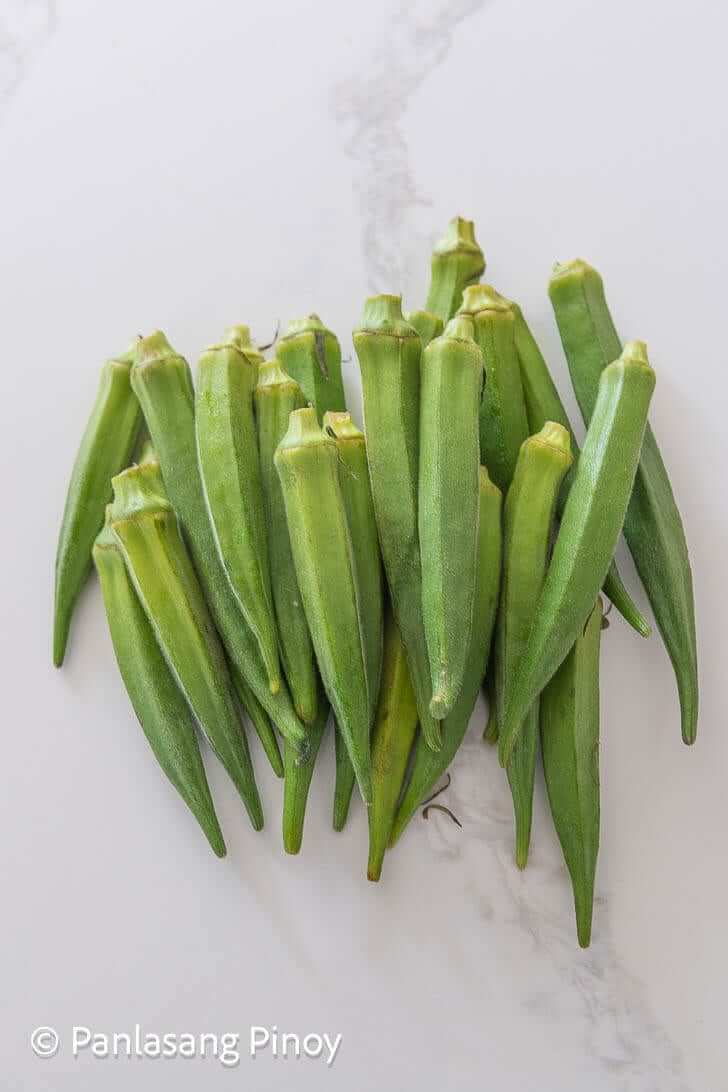 Its mucilage content can also help in preventing cholesterol spikes, which may lead to heart disease if untreated. Because it’s also rich in folate, okra is important for pregnant women, seeing as this can help prevent defects in the fetus they’re carrying. Some say it even lowers the risk of cancer!

Okra is easy to incorporate into your diet. It is a fruit unlike any other, and has the potential to become one of your favorite ingredients. Give it a chance today!