Palitaw is a term used to call a sweet flat rice cake that is eaten in the Philippines as a snack or dessert. Originally, grounded or pounded sticky rice is used to make this rice cake (called kakanin in the local language) – however, the practice of using packaged rice flour became common because it is more efficient. 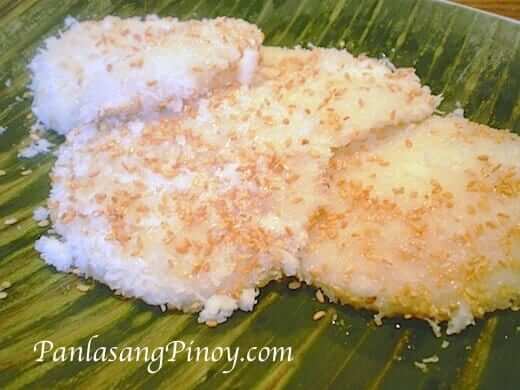 This is made by simply mixing rice flour and water until a dough is formed. The dough is divided into small pieces then manually molded into a ball-shape figure and flattened. The flattened dough are cooked in boiling water until they float – this is the reason why it was called as such. The name was derived from the Filipino word “litaw”, which means “to float or to surface”.

On another note, you might notice a change in the language on the video. I’ve been receiving a lot of emails from our non-Filipino speaking friends requesting to use English as the main language. I thought of giving it a try to see if it will work.

Let me know your thoughts. 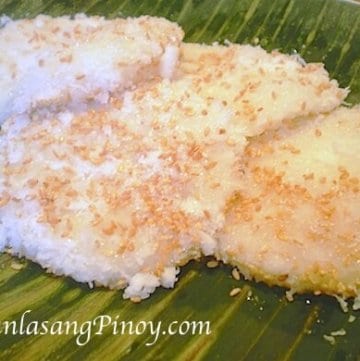