Ginataang Alimasag (or alimango) are Crabs cooked in Coconut Milk. This ginataang alimasag  recipe features the use of spinach and Thai chili as a replacement for Malunggay. Squash and string beans (kalabasa and sitaw) can also be placed instead of Spinach . 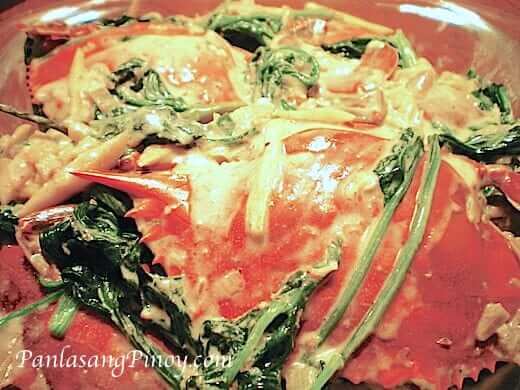 Cooking seafood in coconut milk is common in Philippine Cuisine. Dishes such as ginataang hipon, seafood in coconut milk, and sinanglay na tilapia are just few of them. Dishes like ginataang alimasag exist because the combination of seafood and coconut milk is really awesome. The flavor of the crab (or any seafood in particular) is absorbed by the coconut milk, which makes is perfect when eaten with rice. Preparing ginataang alimasag is easy. For a much better taste, you can cut the crab vertically in half before cooking so that all the flavor will come out. Eating dishes such as this will require you to serve more rice. Be careful though if you are diabetic or watching your sugar level.

Try this Ginataang Alimasag Recipe and send us your feedback. 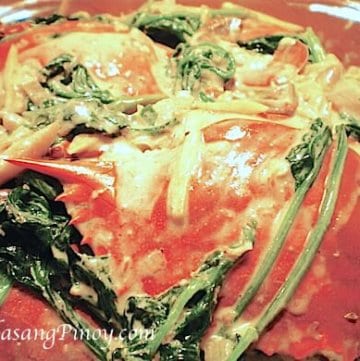