Ginataang Hipon na may Sitaw at Kalabasa is Filipino dish composed of shrimp, calabaza squash (locally known as kalabasa), and snake beans or sitaw. These ingredients are cooked in coconut milk. This recipe also utilizes coconut cream, in addition to coconut milk. I received requests from many of our followers about developing a similar recipe that do not require the use of oil. Consider this recipe post as my reply. We will not be using any form of oil in this recipe. However, coconut milk and cream can produce coconut oil when cooked in longer periods. 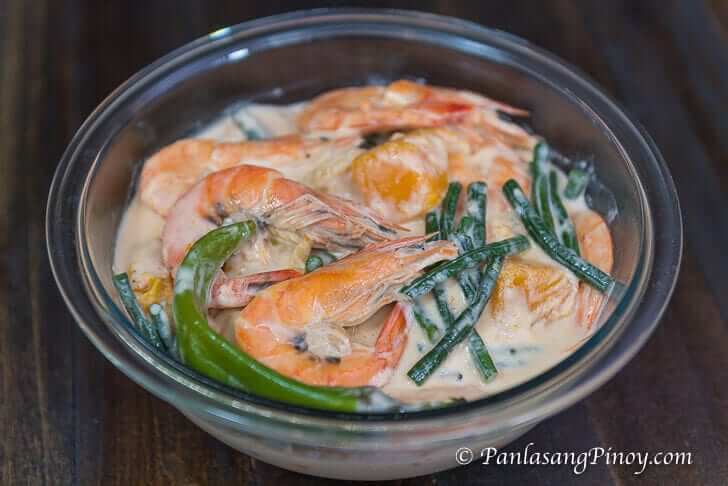 I started by combining coconut cream, onion, garlic, and ginger in a cooking pot. No heat was applied initially. The fire from the stovetop was activated only after all the ingredients mentioned were combined. You will need to cook this for around 15 minutes in medium heat so that the flavors from the ingredients gets extracted. These ingredients were called aromatics for a reason.

The next thing that I did was to cook the kalabasa. I did this first because it can take a while to  make this soft, compared to the other remaining ingredients. I also utilized a piece of Knorr Shrimp Cube to give this dish a shrimpy flavor. It was a good choice on my end.

The shrimp was added in the middle of the process along with the coconut cream. I placed the snake beans right before adding the seasonings. Speaking of seasoning, I simply used patis for this recipe. However, people who don’t like patis can use alamang. This can be in a form of fresh alamang, salted alamang, or bagoong. 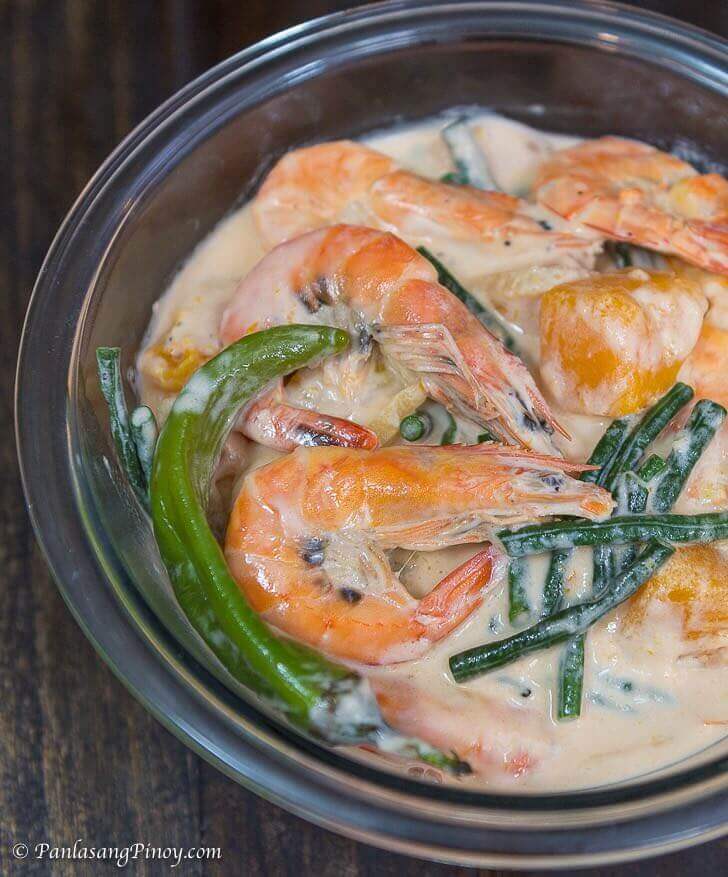 Try this Ginataang Hipon na may Sitaw at Kalabasa Recipe. Let me know what you think. 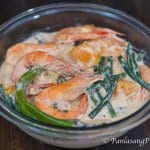 Watch the Video on How to Cook