Care for some fresh crabs? Here are some halabos na alimasag. These are the freshest crabs that I had since I learned to eat one. How fresh are these? Let’s just say that they were cooked immediately right after being harvested from the ocean. Sounds brutal, isn’t it? But cooking seafood right after being caught or harvested ensures you that you are having them on their freshest state. 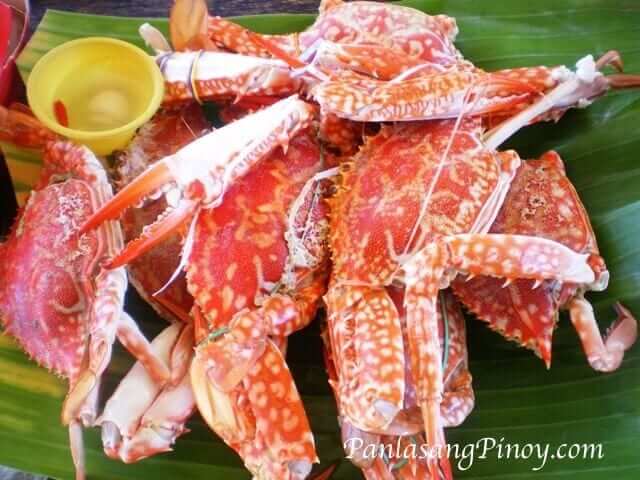 The crabs were cooked in their own juice with the help of a little water and salt. This cooking method is called “Halabos”,  in Filipino. It is a simple cooking method wherein seafood such as crabs and shrimps are directly placed in an empty hot pan and cooked with their own juices. A little water and salt can also be added depending on your preference. Cooking these crabs using this method brought out its natural sweet taste that is often overpowered by other ingredients.

I enjoyed eating halabos na alimasag. It made me realize that seafood need not be cooked using fancy ingredients to make it delicious because it already tastes good in its simplest form – as long as you got them fresh.

How sure am I that these were cooked right after being harvested? The crabs are kept in a submerged cage. I was told to select the crabs that I wanted, so I dove with one of their crew to select the ones that I like.

After selecting the crabs, I was told to go back to shore and wait for the harvested crabs. I got puzzled because the guy went back to shore with me without the merchandise. He then pulled-out a rope buried in a few inches of sand and began to pull. To my surprise, the far end of the rope that he was pulling was attached to the cage. He pulled-out the crabs when the cage was ashore. I just laughed at myself and scratched my head.

Below is the recipe for halabos na alimasag. You may also want to view our shrimp halabos version which makes use of soda. 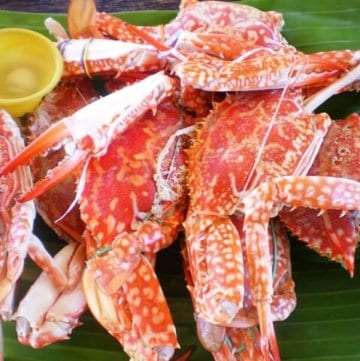