Home » Culinary Arts » How is Fish Sauce Made?

Fish sauce is a common ingredient that is added to a whole lot of different dishes particularly to Asian countries like Cambodia, Thailand, Philippines and Vietnam. This is often regarded as a better option compared to salt. That is because aside from the added saltiness, it also has a rich flavor to it. That is why, when used as seasoning for different types of food, the flavor is enhanced much further.

Fish sauce would not be called as such if not for the fact that its main ingredient is fish, right? Basically, it is the extract from fish which creates the sauce. The process of making it may vary. Some prefer to use dried smaller fishes which make the sauce a bit saltier. On the other hand, there are also manufacturers who prefer to skip the process of sun-drying the fish and use fresh, raw ones instead. Even the species of fish to use vary a lot too.

Fermenting is a crucial part in creating fish sauce. As a general rule, the more time that the fish is fermented, the more flavorful and saltier it becomes. Hence, to make the sauce even more delightful for the palette, it is important to allocate enough time for fermentation. 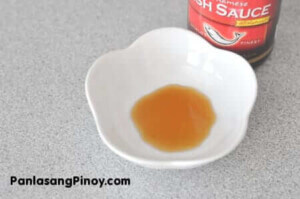 There are plenty of commercial manufacturers of this type of sauce these days. They use machineries which speed up the fermentation process without sacrificing the taste. Because of that, this sauce is readily available in groceries and other stores. However, the traditional method of creating this sauce which originated in Asia still remains.

The more conventional way of making this condiment starts with picking various types of fish. To ensure that it will turn out to be delicious, it is important to use freshly caught fish. Fish has to be carefully washed inside and out, then drained. Earthenware jars are used as storage for the fish during fermentation process because these can maintain the ideal temperature. Large quantity of sea salt is added to the fish inside the jar. To make be able to extract the flavor from the fish much better, bamboo mats and layers of heavy rocks are placed on top of them to be able to press it down. After this, the earthenware jars are sealed tightly.

It takes about 9 to 12 months before the fermentation process is completed. During this time, there are instances when the earthenware jars are opened and placed directly under the sun. Doing this is important because the heat of the sun allows the fish to break down much faster so that the extracts are drawn out. Aside from that, the sunlight is also the key in giving the fish sauce a dark color and a pleasing aroma.

After fermentation, the contents of the earthenware jars have to be strained using a clean and tightly woven cloth. This process is repeated over and over to ensure that the remaining chunks of fish would be completely eliminated, leaving only the extracted liquid. Once this is done, the sauce is placed on another clean earthenware jar and exposed under the sun for a couple more weeks. The purpose of doing this is to remove the unpleasant fish smell. After 2 weeks, the fish sauce can already be bottled and ready for use.