There is no denying that guacamole made a big impact in the culinary world because of its exciting taste and amazing texture. This is also called as ahuaca-muili and its origins can be traced back to the jungle parts of Central America. According to tales of traditional cooking, this is first concocted by the Aztecs. During that time, people have also believed that this can be an effective aphrodisiac. 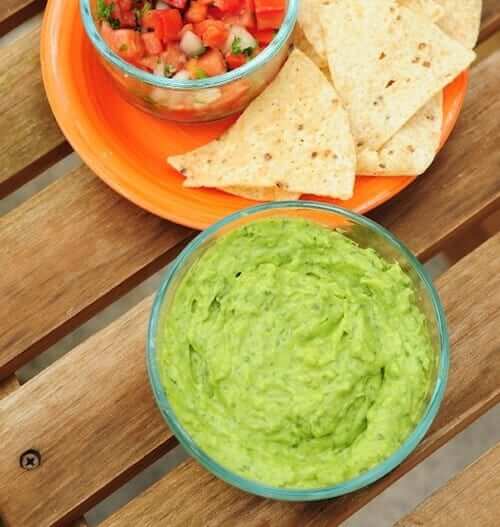 Although this sumptuous dip is popular for Mexican cuisine, history also reflects that this was actually brought there by the Spaniards during colonization. Spanish sailors rely on this as staple addition to their day to day meal. At some point, it was even referred to as poor man’s butter. As the years passed, the creation of this dip has been slightly altered. Spaniards originally create it with a sweet flavor. On the other hand, Mexicans prefer to add chili peppers and other spices for a kicking taste.

This is easily identified because of its unique green color and its pasty appearance. The main reason why it has a sticky texture and green hue is because the main ingredient for this is avocado. It is a dark green fruit with mushy meat and a big round seed inside. This is mashed and then mixed with various ingredients like onion, garlic, lime or lemon juice and even tomatoes. In America and other western countries, people add sour cream and mayonnaise. This makes the guacamole richer and it also makes the texture much smoother. Here is our homemade recipe for mayonnaise.

Guacamole is popularly used as dip for tortilla chips. Its taste works well with the salty flavor of the chips. Plus, it is also a good contrast to the crunchiness of the chips. Another way to use it is to generously spread it over toasted and crusty bread. For Mexican restaurants and household, this is also the perfect companion for burritos, enchiladas and tacos. There are some restaurants which serve this dip in mortar and pestle that is made of stone or mocahete. That way, diners can still work on its consistency and texture before enjoying it with their meal.

The good thing about guacamole is that it is also packed with a whole lot of nutrients. Although some diet-conscious people may be apprehensive about eating this because of the high amount of natural fat in avocado, it can not be easily forgotten that this fruit also has a lot of nutrients. Because of the vitamins and minerals that avocado contains, the body’s performance is improved and overall health is enhanced. This is also the reason why it is believed to have aphrodisiac properties.

Merely eating guacamole makes it possible to combat a lot of common illnesses. This is because of the whopping amount of antioxidants that avocado has. Because of these antioxidants, the free radicals in the body are flushed out. It also has a lot of Vitamin C which serves as defense against cough and cold. The amount of potassium in avocado is even higher than banana.

Interestingly, this is not just a really delicious dip. It can also contribute a lot for one’s health and wellness.