Crispy Pork Belly Chicharon might look like your regular lechon kawali. However, it is way crispier. It can be compared to crispy pork rinds, except that this still has the meat on. I personally think that this is an awesome dish. 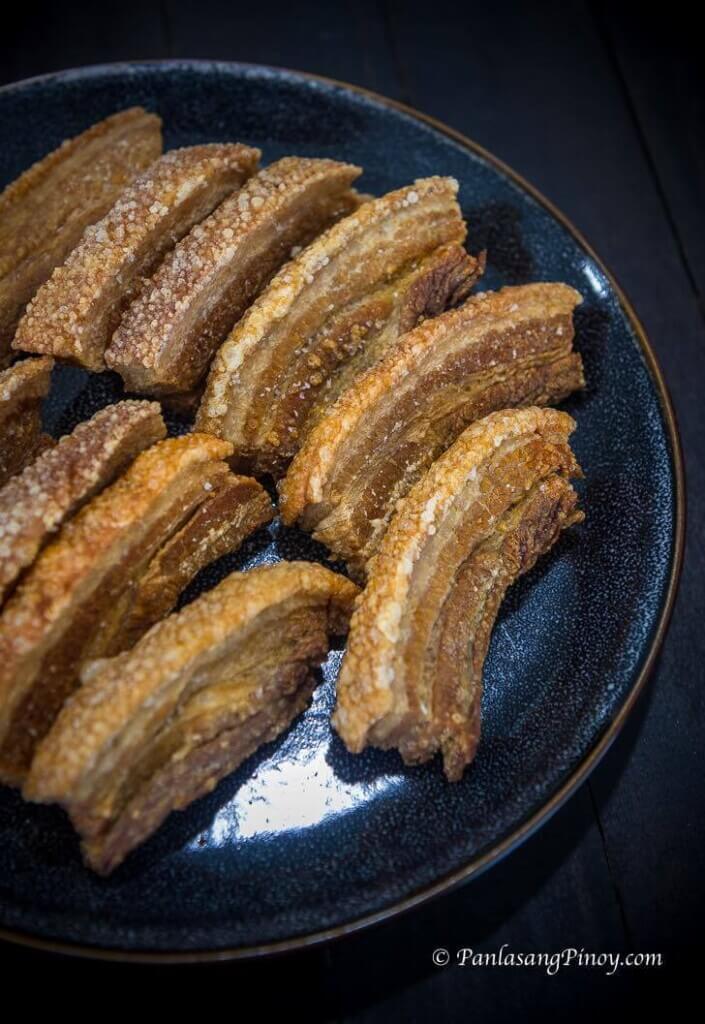 How to Cook Crispy Pork Belly

There are two cooking methods involved in making the crispiest pork belly. Fortunately, these methods are exactly the same as making lechon kawali. Most of you are familiar with this already.

The first thing to do is boil the pork until it gets tender. I mean really tender. The texture of the meat and skin plays an important role on the level of crispness that can be achieved. Do this by boiling pork for 60 minutes. Add seasonings and spices such as salt, pepper, and bay leaves. This infuses flavor and aroma.

The boiled pork needs to pre prepped before frying. Holes are poked on the skin to give it that popcorn effect when fried later on. I usually slice it in half to get a thinner piece. This can also be done before boiling the meat. I opted to do this after boiling because it is easier to poke the skin while the cut is thicker.

Rub salt all over the pork. This will provide flavor. Air dry the pork after salting. This helps make it crispier and reduces the risk of oil splatter. Don’t get me wrong, oil will still splatter but it won’t be that intense compared to non-air dried meat. Using an electric fan is a good hack to speed-up the air drying process. Place the pork belly in front of a fan so that it dries quickly. 1 hour should be enough. 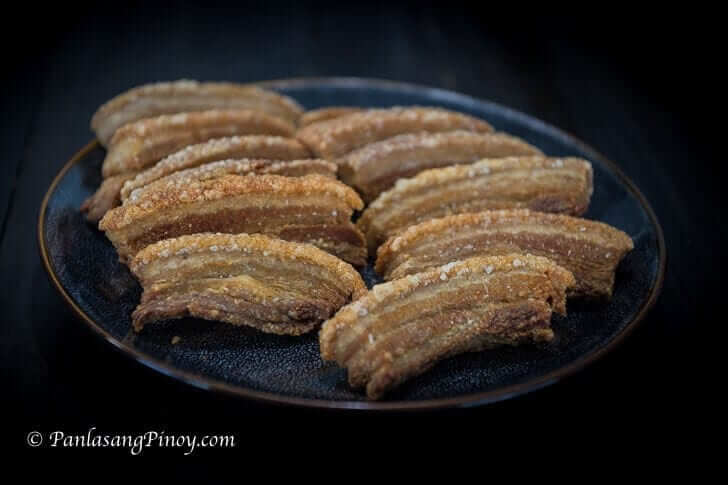 The next method is deep frying the pork belly. It is very simple to do, but make sure to be very careful. Gently put the pork on hot oil and grab a splatter screen right away. Cover the pot with screen and let the pork fry until crispy and golden brown. Set your heat to medium , otherwise the outer part will quickly brown leaving the inside moist

How to Get Crispy Pork Skin

As mentioned above, I do three things to achieve a crispy texture on the pork rinds and meat.
The first method is by boiling it until very tender before frying. The second method is by air-drying the pork belly. The third and last method is to fry in medium heat until it gets very crispy. Double frying can help too. This is a method that I used when I cook Super Crispy Lechon Kawali.

Other Methods of Cooking Chicharon Liempo

Of course, using less oil is a good thing. You can still make your liempo chicharon without using any oil. This is done by air frying it on an equipment known as air fryer.
Broiling the meat in the oven will give you a nice tasting dish. However, this will not make it as crisp as what you see in the pictures.

What Do You Eat This With?

I eat crispy pork belly with rice. It is even better when dipped in spicy vinegar. You can also snack on your chicharon. I like to have it while drinking soda. 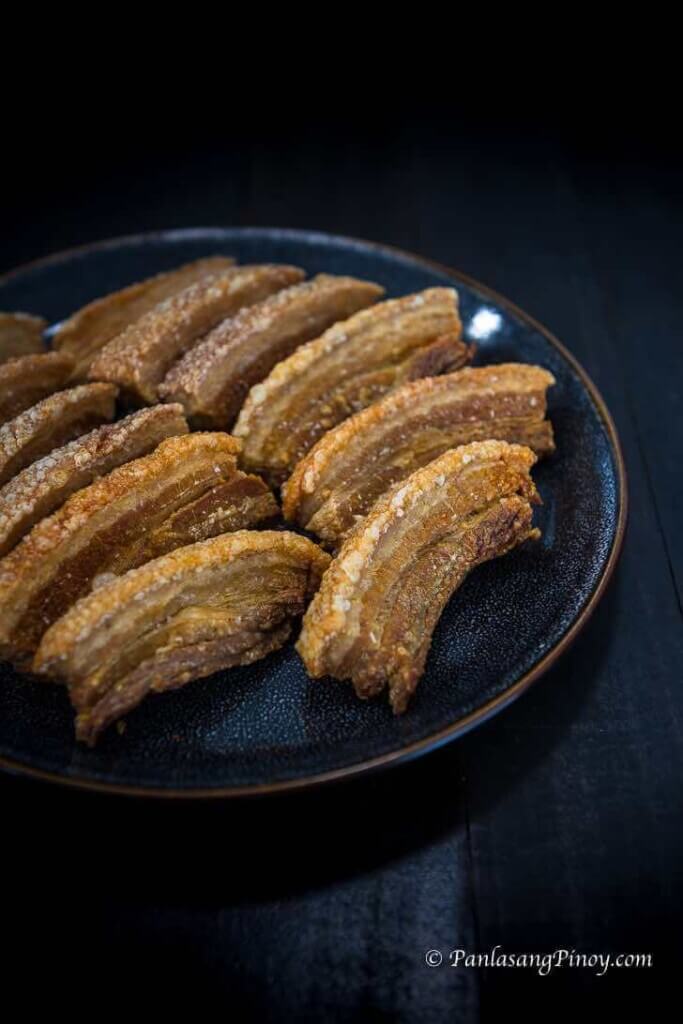 Another good way to utilize this dish is to use it as an ingredient to cook another dish. For example, adding this on your ginisang monggo will take the dish to a new level. It can also be used to make crispy dinuguan.

Try this Crispy Pork Belly Chicharon Recipe. Let me know what you think. 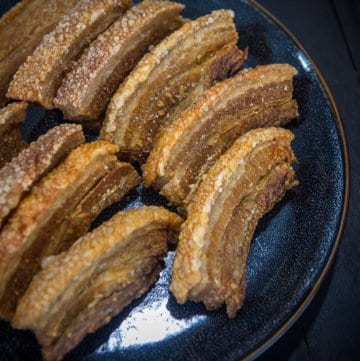