Ginataang Yellow Fin Tuna is another version of fish cooked in coconut cream. I used yellow fin tuna fillet for this recipe. I got this fish frozen in a package composed of three large fillets. The thing that I was not expecting is the place where I got this. Nearby supermarkets and Asian stores do not have any yellow fin available during that day. However, I saw this frozen package at Target while shopping for other items. 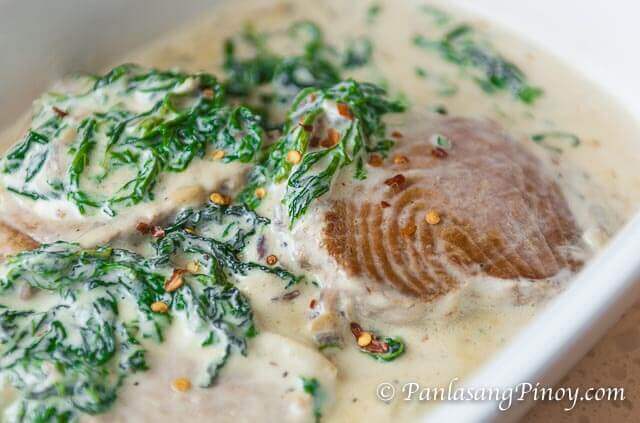 This yellow fin tuna dish is special because I searched almost everywhere during the day to find this type of fish (regardless of its fresh or frozen as ice) and was able to find it almost at the end of the day. I also thought that using coconut cream made this dish richer and flavorful. The greens that I used were fresh frozen bitter melon leaves. These are known as “dahon ng ampalaya” in the Philippines. I also had some fish sauce and red pepper flakes for that extra kick.

The tuna was partially cooked beforehand by pan frying it for a minute on both sides. This helps the fish maintain its shape while being cooked in coconut cream. I also made sure that the garlic, onions, and ginger were cooked enough to the point that the natural flavors just blends-in easily with any ingredient. This makes it easy for the coconut cream to absorb all its flavors, which makes it very tasty.

If you like ginataang tilapia, you will surely love this dish.

Try this Ginataang Yellow Fin Tuna Recipe. Let me know what you think. 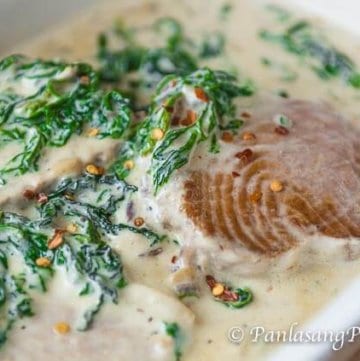 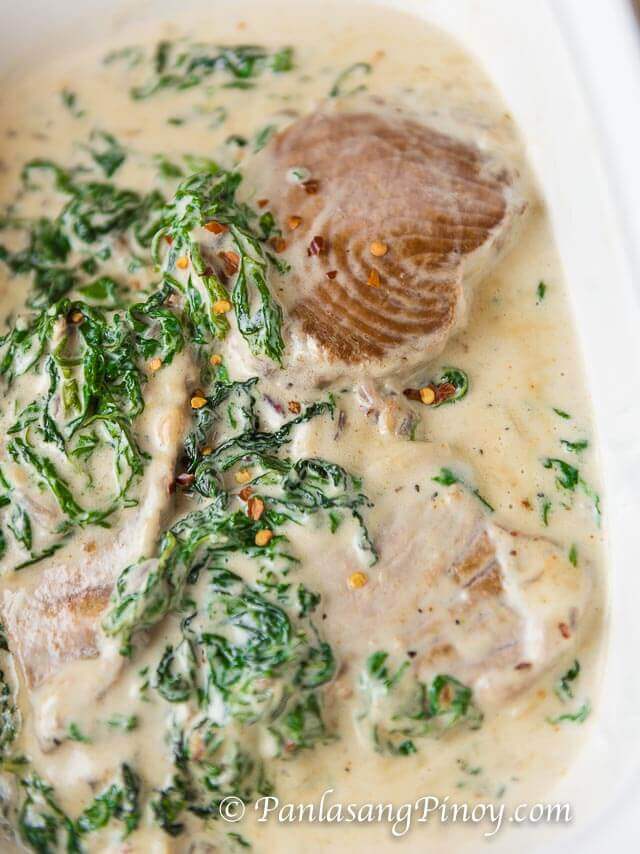