California Roll or California Maki is a sushi roll that is made inside out. Crabstick, avocado, and cucumber are placed in the center of the nori while the flattened sushi rice with sesame seeds is on the opposite part. This is then rolled using a bamboo mat and pressed to maintain the shape. 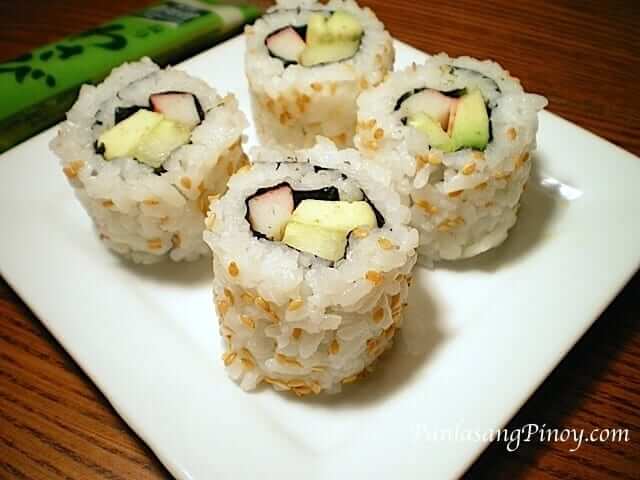 Though sushi is a traditional Japanese food, California Roll was first made in Los Angeles, California in the late 60’s and became  popular from then on. Who knows, this recipe might originate from one of the culinary schools in California.

So why feature a foreign food? Well, Filipinos are very flexible people. We can adapt to anything easily and get used to it if done all the time. Same goes with our palate and food preferences, it ceases to be foreign once it becomes a part of us.

I enjoy California roll with a dip of Kikkoman light soy sauce with lots of wasabi. Yummy! 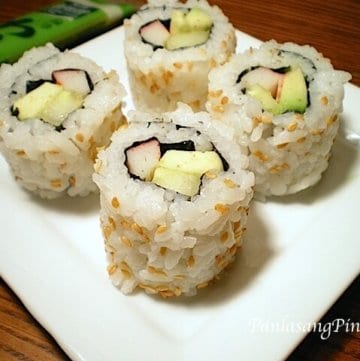