The consumption of salt is one of the highly debated subjects not only in the Paleo diet community, but the world of nutrition in general. On one hand, salt is essential to the function of your body. On the other hand, experts argue that excess salt can lead to potentially fatal diseases like heart disease and stomach cancer. While most nutritionists suggest sticking to recommended amounts, Paleo advocates urge dieters to put down the salt shaker for good.

A Brief History of Salt

Salt has a very rich and long history. Although it cannot be confirmed when it was first collected for distribution, historians believe that it was already a main item of trade as far back as 2200 BC. In fact, salt was such a coveted foodstuff, emperors and kings charged heavy taxes for it. At one point, it was considered a currency and made into coins. 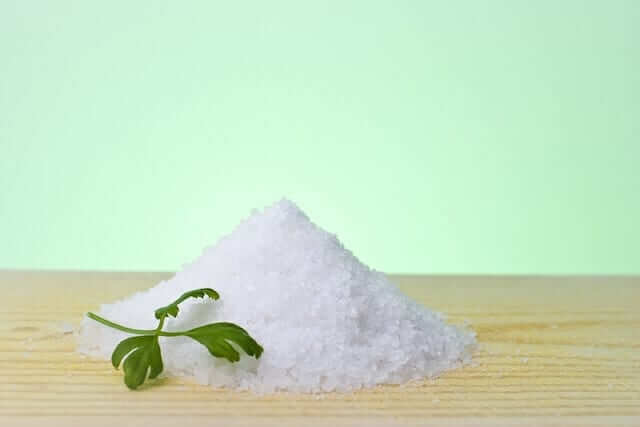 So why was salt such a sought after commodity?

It is challenging to pinpoint the reason why salt was so valuable but there are several factors that contributed to its worth. It was a very difficult item to get in those days. Technology to extract and filter salt was not available in those times. Nations had to invent this equipment and opened mines across the world dedicated to retrieving the mineral from either rocks or the sea.

The salt mined was used in many ways by various communities worldwide. Some communities valued the mineral for culinary reasons. Some valued it for its religious associations and others for its healing properties. Today, people eat salt because it enhances the taste of food and also for its nutritional benefits.

Salt is one of the main sources of a nutrient called sodium. Sodium is essential to several processes in the body. These include:

Given its many, important benefits, it is obvious that consuming enough sodium is healthy for you. In other words, a sodium deficiency can cause serious health problems. If salt, a source of sodium, is healthy, then why do Paleo experts discourage it?

The Paleo Diet View of Salt

Strict Paleo diet followers do not add salt to meals or eat foods high in sodium. The reasons behind this are two-fold. First, Paleo experts believe that the amount of salt people eat in the modern age is just too much and is the cause of many diseases prevalent today, like high blood pressure. Secondly, they believe that cavemen or hunter-gatherers had no access to salt and this is why they were healthier and lived longer.

How Does Salt Cause Disease?

The number 1 disease associated with salt is high blood pressure. High blood pressure is the condition that leads to many other diseases, including those of the kidneys, heart and even the brain.

High blood pressure begins in the kidneys. The function of the kidneys is to remove excess fluids from your bloodstream and transferring these to be passed out with your urine. The nutrients that help with this process are sodium (found in salt) and potassium. If you have enough sodium in your body, this process is normal and healthy. However, if you consume too much sodium, it is interrupted.

Too much sodium puts the kidneys in a position where it there is too much excess fluid and the organs cannot keep up. As a result, the waste the kidneys are supposed to get rid of end up being accumulated in the body and your blood pressure rises. Putting such strain on the kidneys can cause them to fail, resulting in kidney disease, which can lead to terrible health systems and possibly death.

How it affects the Heart

Salt’s effect on the heart is one of the biggest concerns for Paleo diet experts. When blood pressure rises because of malfunctioning kidneys, the heart has to pump harder to keep up with blood that has increased in volume. As the heart pumps harder, the arteries come under a lot of strain as well. Over time, artery walls can rupture and cause heart attacks and strokes.

One other possibility is that artery walls can become thicker or narrower, eventually starving the other bodily organs that depend on the arteries to give them blood. When your other organs cannot receive blood, they shut down and oftentimes lead to death.

How it affects the Brain

Another organ affected by high blood pressure is the brain. If arteries are unable to pump blood to the brain, it can become starved of oxygen and other nutrients, this can lead to strokes or partial brain damage. In other words, you might lose function over the area of your body that particular part of the brain controlled.

Needless to say, high blood pressure is a very dangerous disease and one that should be avoided at all costs. This is why Paleo diet advocates advise people to stop or limit their salt intake drastically.

High-Sodium Foods to Avoid on the Paleo Diet

Most dieters are not aware of how much salt foods have these days. Therefore, the Paleo diet has highlighted these foods and eradicated them from the meal plan to help you avoid raising your blood pressure. These foods include:

Processed and baked goods contain very high amounts of sodium. In fact, others have more than 3 times the recommended sodium intake, which should be less than 2300 mgs for the average adult and less than 1500 mgs if you are over 50.

The Paleo diet suggests that it is better to get your dose of sodium naturally from healthy foods like:

If you frequently consume processed products and add salt to all your meals, you might need to stop and assess how much sodium you are actually eating. Eating processed foods high in sodium puts you at risk of high blood pressure, a potentially fatal conditions that causes multiple organs to malfunction. For this reason, the Paleo diet discourage salt to help you feel healthier and live longer.