Pork Lomi is a type of Filipino noodle dish wherein boiled pork slices, chorizo, and vegetables along with fresh round noodles are cooked in a rich and thick soup base. A piece of egg is added towards the end of the cooking process. 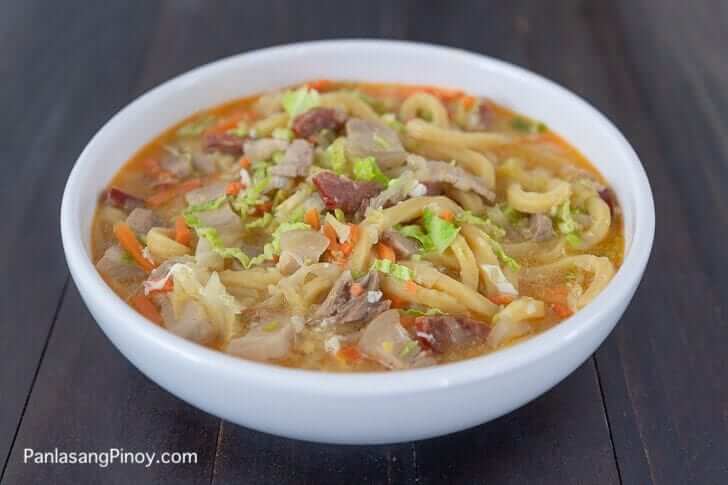 Lomi can be enjoyed anytime of the day. It is usually consumed for breakfast on a cold day. Typically, lomi is served during mid-afternoon as a form of heavy snack, or late at night after consuming beer or spirits.

Difference Between Lomi and Mami

Lomi and Mami are both Filipino noodle soups. Both are delicious, but there are distinguishable differences in appearance and taste between these two dishes.

Mami is often cooked using pork and chicken as ingredients. There are times when pork is used, but it is uncommon. The noodles used in this dish is thinner and the broth is clear and thin.

Lomi, on the other hand, can be composed of either chicken (chicken lomi), pork, or a combination of ingredients. The soup is thick and rich. Fresh thick noodles, or fresh wide noodles are used to cook lomi.

The province of Batangas has developed liking for lomi noodle soup throughout the years. This is the home of the famous Batangas lomi. I got entertained and surprised at the same time during my last visit to my wife’s beloved province.

The lomi versions that I saw were out-of-this-world. There are regular Batangas lomi with meatballs, liver, and chicharon, which we enjoyed a lot. There are also humongous bowls with toppings that I have never expected. Imaging your regular lomi topped with several pieces of lumpiang shanghai, lechon kawali, meatballs, liver, and some other components. It is a feast!

How to Cook Pork Lomi 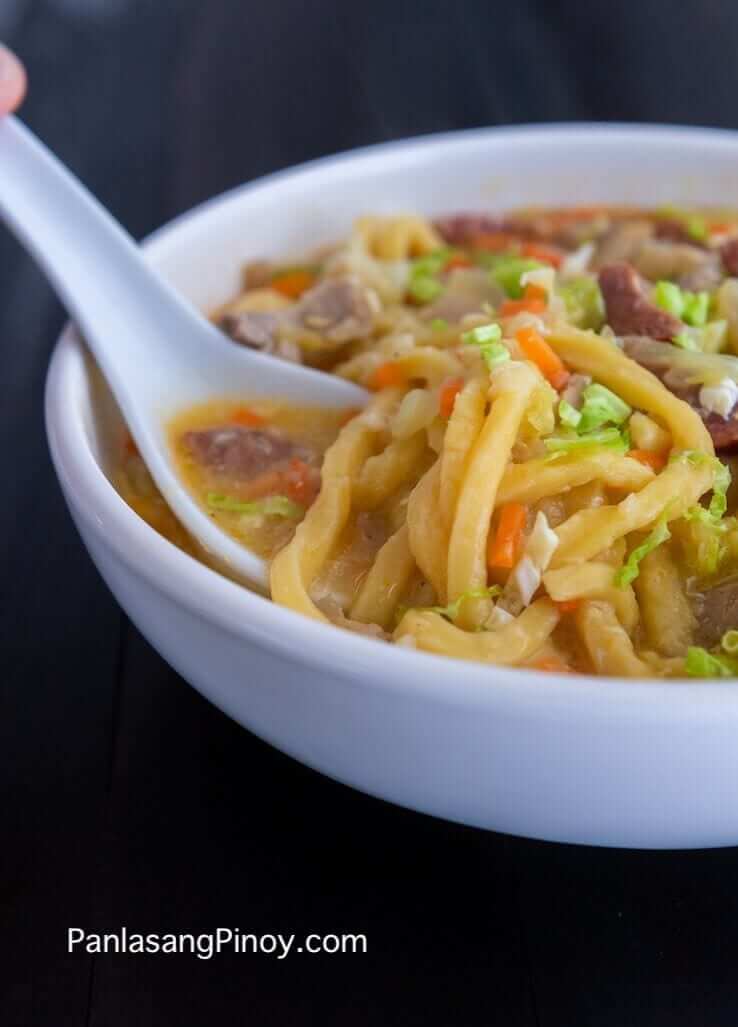 This version of pork lomi is easy to make. I recommend this recipe for beginners.

Start by preparing the pork belly. It has to be tender and sliced into thin pieces. Do this by boiling water in a pot. Add the belly and cook for 30 minutes or until tender. Remove the belly from the pot. Save the pork stock. Slice the pork into small thin pieces once it cools down.

Now that the pork is ready, it’s time to cook the lomi noodle soup. Saute onion and garlic in a large cooking pot. Do this by heating around 3 tablespoons oil. Add garlic and cook until it starts to brown. Put the onion and saute until soft. I also saute the sliced chorizo to extract its flavors early. Chinese sausage can also be used as an alternative ingredient.

Add the sliced pork. Cook for a minute before pouring the pork stock. To be clear, the stock is the water used to boil the pork earlier. Pour more water into the pot as needed. Let it boil and then add the Knorr Pork Cube. I strongly suggest the use of this ingredient if you want your dish to taste better. I always do my best to provide quality tried and tested recipes. I only recommend and represent products that I use and believe in. Trust me on this (smile). 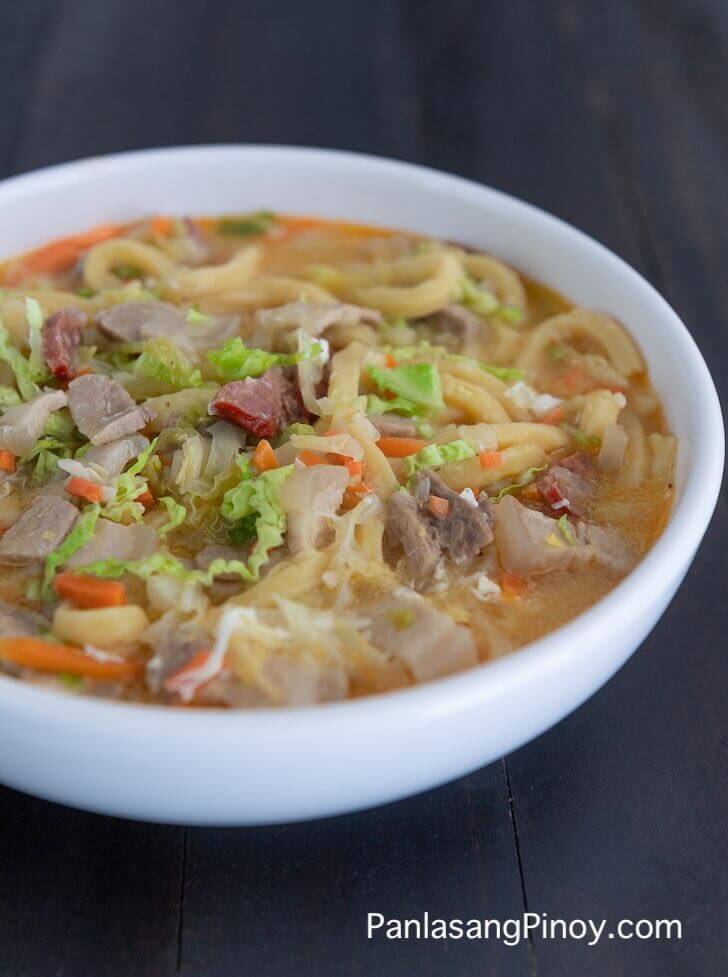 Once the Pork cube is added, cover the pot and cook for 10 minutes. Add veggies and fresh noodles. Cook for 8 to 10 minutes.

Thicken the soup by combining cornstarch and water in a bowl. Stir and pour into the soup. Crack a piece of egg into the pot and continue stirring until the soup gets thicker. Season with salt and pepper.

Try this Pork Lomi Recipe. Let me know what you think. 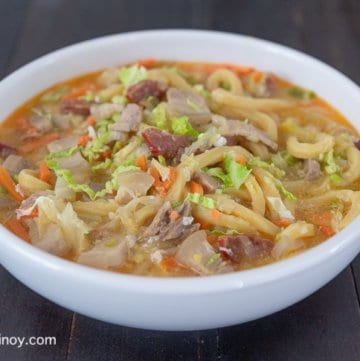 Watch How to Cook Pork Lomi