Applesauce is a puree composed of stewed apples and honey or sugar and cinnamon. Some apple versions also makes us of other spices. Applesauce is not just baby food, even grown-ups such as myself enjoy having it once in a while. In fact, I like to have it for dessert.

This Simple Apple Sauce Recipe requires apples, honey (as sweetener), cinnamon powder, and lemon juice. I also used apple juice to make that apple flavor stand out. The apples were peeled, cored, and then wedged before throwing it in the cooking pot where the apple juice and juice of lemon are waiting.

The first step in making applesauce is stewing the apple and making sure that it gets really soft. I used a regular cooking pot with cover for this process. The next step is to add the sweetener and spices. I opted for honey and cinnamon respectively. I then used an immersion blender to puree the entire mixture. You can also use a regular blender to puree, but wait for the mixture to cool down first so that you can easily handle it. 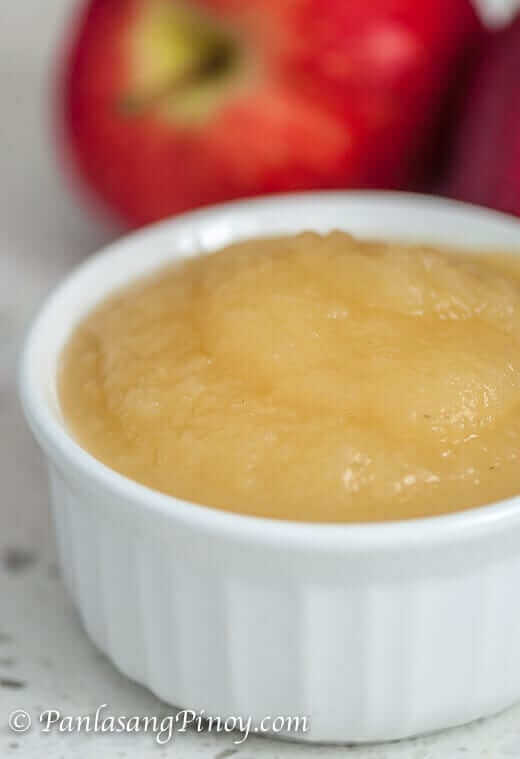 Once your apple sauce is ready, you can chill it a bit before serving. You can also keep applesauce in the refrigerator for a few days as long as you seal it in a plastic container (I never use metal container to store applesauce or any food that contains acid). If you want to keep it longer, grab a ziplock bag and seal the applesauce in for freezing.

Try this Simple Apple Sauce Recipe. Let me know what you think. 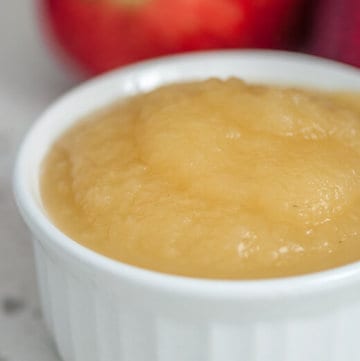 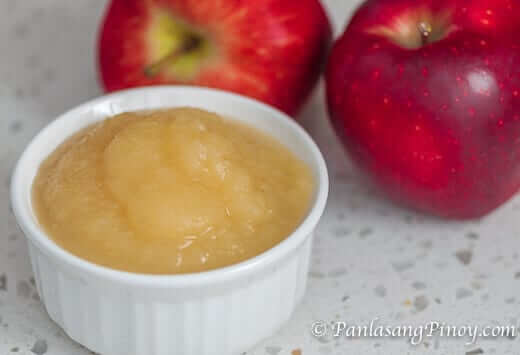