Turkey Pot Pie is a type of baked pie encased with a flaky crust on top and bottom. This is somewhat similar to Chicken Pastel, although the later is only covered by a flaky crust on top. I made this pie out of the leftover turkey that we had for thanksgiving. Instead of refrigerating the turkey right away, I carved and diced the remaining meat and placed them in the freezer for future use. 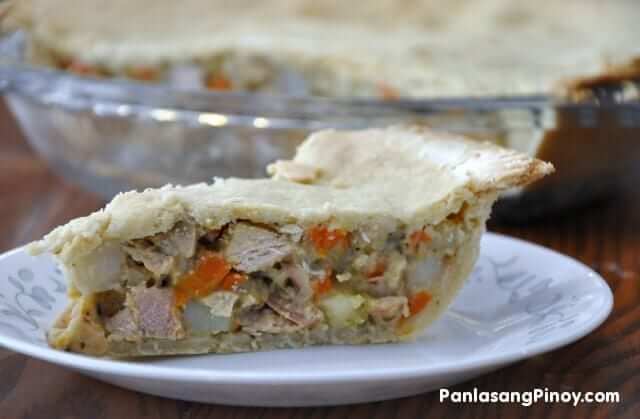 Using leftovers to make a new dish is a good way to save money on food. It also feels good to know that nothing is wasted. A word of advice though: always make sure that whatever leftover that you are using is still in good condition before attempting to recycle.

What if you want to make Turkey Pot Pie and you don’t have any left over turkey? You wouldn’t roast a whole turkey just for this, would you? Chicken is the best alternative, if this is the case. Go boil or roast chicken and use it as an ingredient, then refer to it as “Chicken Pot Pie”.

Before I forget, I want to remind you to allot some time in making the pie crust. The crust might look simple, but it takes some time and effort to make one. I also posted the steps and details on How to Make a Flaky Double Crust Pie for your convenience.

Try this Turkey Pot Pie Recipe and send us your feedback. 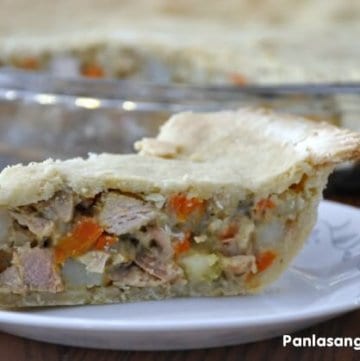