Some of the primary characteristics that enter our minds when we think of cake are probably light, fluffy and sugary sweet. But veering off to the East might introduce us to another kind of cake altogether– one that is sticky, still as fragrant and sweet, but far more known for its thickness and delightful density. The Filipino rice cake is better known as kakanin from the root word kanin meaning rice. And this Biko recipe is a perfect example of this! It, alongside other kakanin dishes, is a staple in most special occasions in the country. 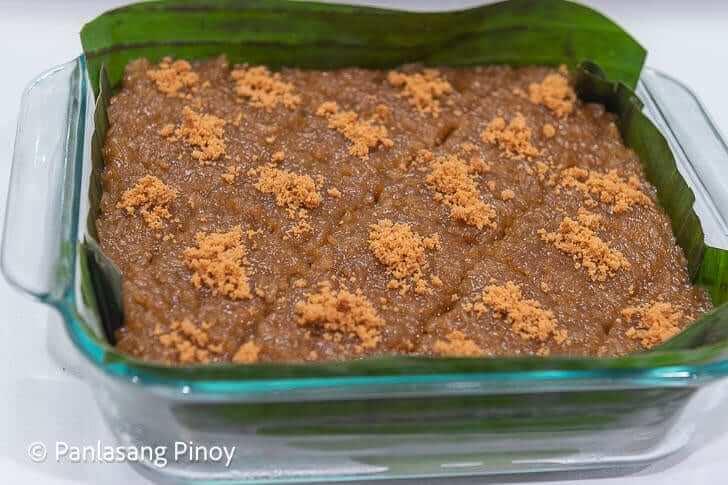 And this should come as no surprise because the rice cake is a product of many curious, experimental efforts with creating a sweet confection from the ever-flexible grain that is rice. Today, you can find different forms of the rice cake all over Asia. This includes the popular sweet, round rice cake balls mochi from Japan. Another example is the more savory tteokbokki from Korea, bringing spice into the range of rice cakes.

In the Philippines, particularly, we have a wide variety of kakanin we pride ourselves on. We have the colorful Sapin-sapin or the sweet Kutsinta easily found around the streets of Manila and the rest of the Philippines. But another native delicacy that can’t be easily forgotten– whether it be for its sweet, coconut taste or the rich, saccharine Latik that often accompanies it– is the Biko recipe. Made of heaps of sticky, glutinous rice and coconut milk, it is easily one of the primary dishes you might love to find in a Filipino birthday or celebration.

Other renditions of this dessert:

With a flavor that can adjust to many variations, cooks around the Philippines might have their own rendition of this beloved dish. And in many other regions in the Philippines, there are variations of this dessert like kalamay or better known in Baguio as sundot kulangot. It is also called Sinukmani in Southern Tagalog regions. With this, it is evidently a dish that you can find all over the country.

But one of my favorite ways to have it is with dry coconut curds or Latik. It enriches the flavor of the rice cake and gives it that extra nutty taste that goes smoothly with the sweetness of the sugary, glutinous rice. If you’d like to read more about the process of making it, and conveniently with simply a can of coconut cream, click here for steps on making it.

But read on if you’d like to try making this Biko recipe :

We’ll start off by preparing our latik to top off our biko later on. This will also provide some more flavor to the sticky dessert. Begin by boiling 2 cups of coconut milk in a saucepan. Once it is boiling, continue cooking but with medium heat. Proceed to let it boil while stirring, and wait for the texture to thicken.
Then when you can start seeing the oil, lower the heat but continue to stir the liquid constantly. Once the residue begins to turn into a golden brown, you can stop cooking. And start to gather your strainer or filter paper. Latik is essentially the residue formed in boiling coconut milk. Because of this, we will be using the filter paper or strainer to separate the oil from the latik. After this, we can set it aside and start making our biko recipe. 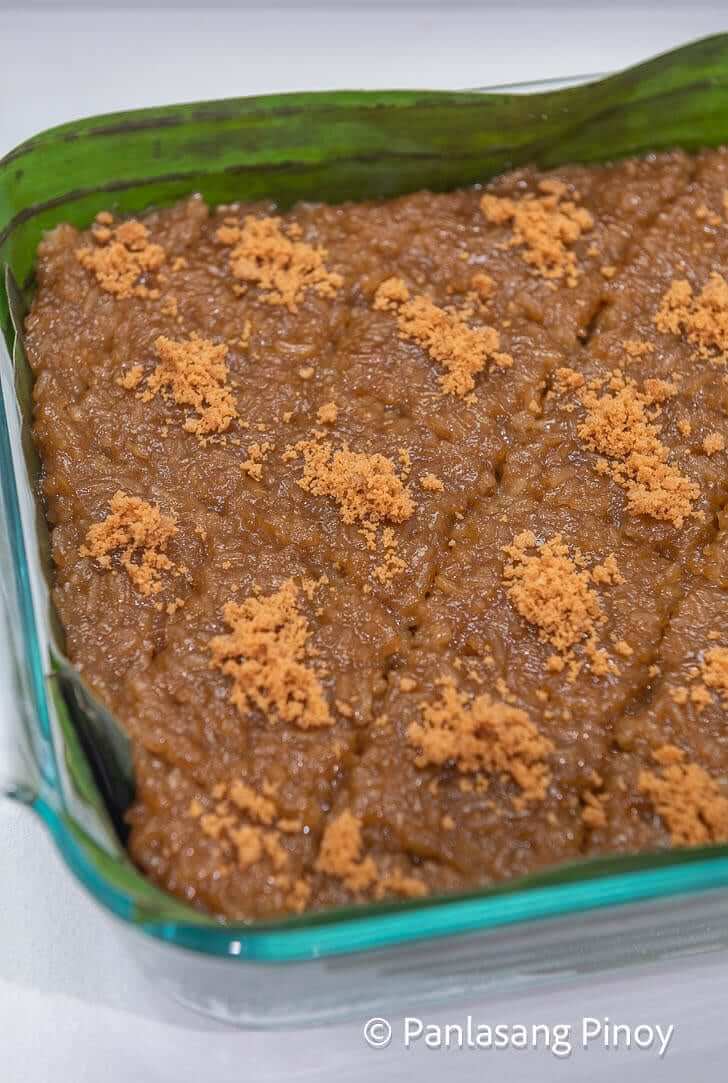 Make sure to wash your 2 cups of glutinous rice before we continue on to the biko. Now, begin to combine the glutinous rice with water in a rice cooker, and set the cooker to “cook” mode. Wait until it indicates that you have cooked the rice completely.

Then take out 4 cups of coconut milk, and boil it in a cooking pot for 7 minutes. Once the minutes have passed, add 2 cups of brown sugar. Also asd ½ teaspoon of salt and stir this into the milk. Bring out the cooked rice from a while ago and start stirring. Do this until you can see that all ingredients have blended well together. Proceed to cook and stir this mixture until the rice has absorbed the coconut milk mixture entirely.

Serving and plating our Biko with Latik:

Now we will be preparing to serve the biko with latik the traditional way. This is done by lining a couple of banana leaves over a baking tray. Then brush coconut oil over the leaves. Once the biko from the pot is thick, sticky and paste-like in texture, meaning it is ready, transfer your biko into the tray. Top it off with your latik from earlier.

Wait for it to cool for a minimum of 15 minutes before chowing down on your kakanin. This is also perfect for sharing! And if you enjoyed this and are interested in trying out other forms of kakanin similar to this one, I have some suggestions for you.

Related recipes to try out:

Inspired by champorado, a popular chocolate rice pudding in the Philippines, I tried to integrate the creamy cocoa flavor with biko in this Chocolate Biko recipe. It has all the charms of a classic biko dish. It is sweet, sticky, and deliciously filling. But it also has the chocolate-y taste of cacao tablea. This makes it just as perfect for rainy weather as a bowl of champorado. Just be warned that it may take a bit more effort in stirring the glutinous rice. But I’d say it’s worth the work after you get that first spoonful of heavenly chocolate biko.

Another dish that seems like a perfect blend of two Filipino classics is this Ube Biko recipe. It sprung from the idea of combining the sweet, vanilla-like taste of ube halaya, a native Filipino delicacy containing purple yams, coconut milk and condensed milk, with biko. Unlike the classic biko dish, it is a vibrant purple like its hero ingredient, which is ube. And it makes for a dish that’s both pleasing to the stomach as it is to the eyes.

If you’re just as much a fan of classic kakanin recipes as I am, you might want to try out this tasty dessert that can also function as a sweet snack. My Bibingkang Malagkit recipe has the appeal of other rice cake dishes like biko and bibingka, but with the mouthwatering, velvety texture of the coconut cream topping the dessert.

Let us know how these recipes fare alongside the classic Biko with Latik! 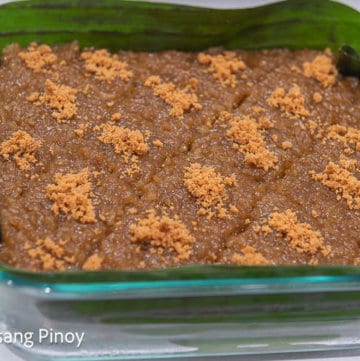 Watch How to Make Biko with Latik